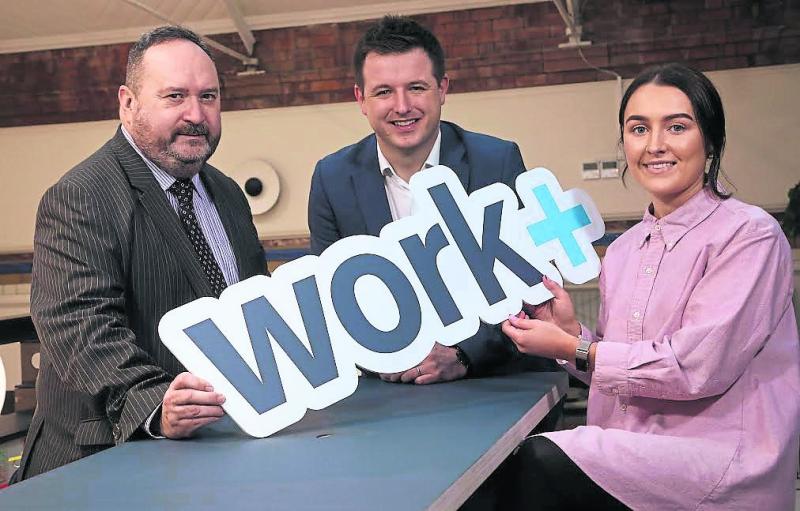 Workplus has announced that it has created 120 apprenticeship opportunities with 28 employers in Northern Ireland and applications are now open.
Former Thornhill College and North West Regional College student Jane McMonagle, 20, who is in the second year of a civil engineering degree apprenticeship with the Belfast office of design, engineering and project management consultancy, Atkins, said she believed the opportunity to gain qualifications with no fees while getting paid to work was something that all young people should consider.
Workplus, which helps employers develop talent through apprenticeships, estimates that almost £8 million will be earned by the successful candidates over the period of their apprenticeships, some of which will last up to six years, with the possibility of permanent jobs.
Those successful will take up positions at companies including Farrans, Translink, Atkins, Liberty IT, Jacobs and McAdam Design in the autumn to gain on the job training in career areas including engineering, con- struction, IT, administration and accountancy.
Workplus brings together employers, potential apprentices, colleges and universities to create apprenticeship oppor- tunities and is supported by professional bodies.
Jane said: “I did AS levels at Thornhill and then a BTEC Level 3 Extended Diploma in Construction and the Built Environment at North West Regional College before starting my apprenticeship.
“Benefits of this route include getting a degree with no fees, getting a decent wage and having a job from the start. I work at Atkins four days a week and attend Ulster University at Jordanstown one day a week.
“I’m gaining on the job skills which will prepare me for a career in civil engineering and Atkins have been hugely supportive with my studies.
“I think apprenticeships represent a really positive opportunity for young people and that more should be done to promote them in secondary schools. Not only do young people avoid expensive university fees, I believe they are really well prepared and skilled for the world of work so are very employable by the end of their apprenticeship.”
Apprentices generally work four days a week and spend one day studying at local further education colleges and universities. Apprenticeships are available for applicants of all ages.
Applications for this year’s Workplus scheme are open until February 28 at  www.workplus.app