Soldier F committal proceedings to be held in Belfast 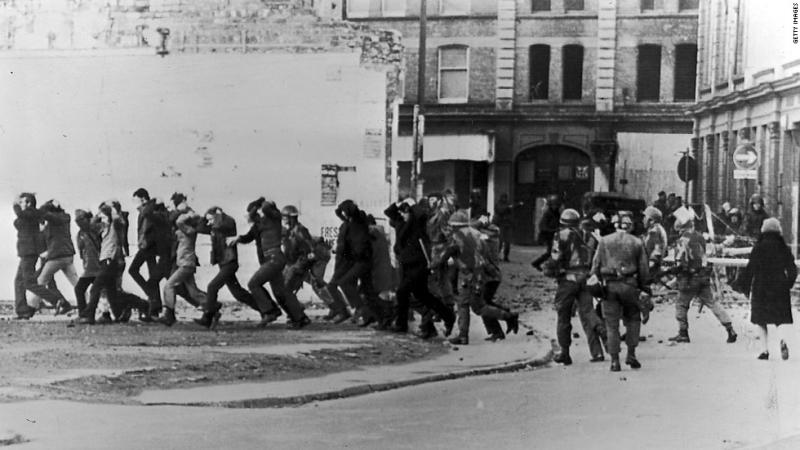 The committal proceedings against Soldier F who faces two murder charges in relation to the  Bloody Sunday killings in Derry are to be held in Belfast, it has emerged.
The case was heard again today at Derry Magistrate's Court and again Soldier F did not appear.
A barrister for the prosecution told the court the timetable that was set on the last hearing had been adhered to.
He said the prosecution could now take a view as “to the potential length of any committal proceedings” and also witness availability.
The prosecutor said questions about location now needed to be decided and it was hoped to set a date for committal proceedings “either today or in the near future.”
District Judge Barney McElholm said the Court Service had been looking at dates and had provisionally identified dates and were looking at the issue of venue.
Referring to the courtroom the case was being heard in the judge that it was the best in the building but added it was “limited in terms of accommodation.”
He said it was an old building and there were issues with acoustics.
Judge McElholm said they were trying to find a venue where “most of those who wish to attend can do so in comfort.”
He said that it was proposed to move the hearing to Belfast as it had to be held in a courtroom and despite efforts to find somewhere closer to the city there was no location available.
The case was adjourned until 7 February to set a date for the committal and venue.
Judge McElholm said anyone who wanted to make representations about the venue could do so.