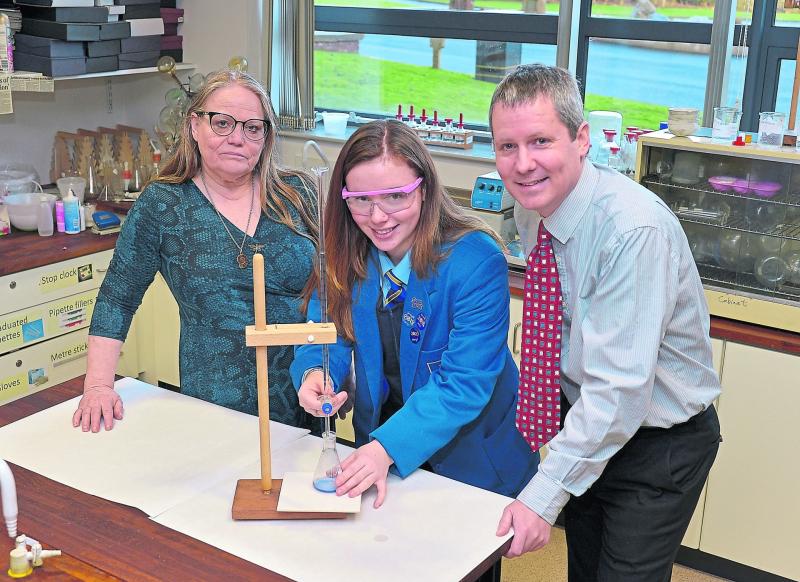 Hollie Harkin, a student at St Mary's College on Northland Road, came third in her category at Ireland's BT Young Scientist and Technolog Exhibition, which was held in Dublin last weekend.

She was awarded her prize in the “Chemical, Physical and Mathematical Senior Individual” section and was given a separate award for having the best display.

She travelled to the RDS on Saturday with her teacher, Ann Blanking, where she presented her project, “Investigating harmful chemicals in vaping liquid and vapours.”

Hollie's research revealed vaping liquids promoted the growth of bacteria including certain strains of pneumonia in the lungs and in the body.

Speaking after her win at the 56th BT Young Scientist and Technology Exhibition, the A Level student encouraged other young people to enter the competition.

"If anyone is thinking of taking part I would say take up the opportunity," she said.

"It's the best experience I've ever had and I met so many amazing people and did so many cool things that I would never have had the opportunity to do otherwise."

Mark Logue, head of science at St Mary's College, congratulated Hollie on her achievement.
He said: “We are all very proud of Hollie.

"She has been a member of Mrs Blanking's science club for five or six years and she has always been genuinely pleased for other pupils when they have done well, so it's great to see her get her chance to shine.

"Hollie is currently studying for her A Levels and is doing well because she is a very hardworking student.
"Her project was well chosen because it is so topical at the moment.

"Of the 2,000 projects that were entered  in the competition, only 500 were picked to go the RDS, so to go there and present your findings is an achievement in itself."