The introduction of marriage equality in the North has been welcomed by Foyle MLAs Mark H Durkan and Karen Mullan. 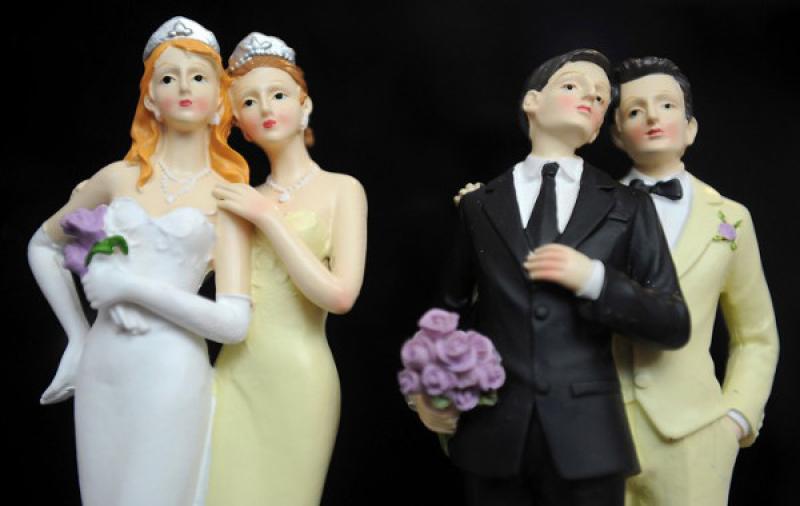 The introduction of marriage equality in the North has been welcomed by Foyle MLAs Mark H Durkan and Karen Mullan.
Mr Durkan, of the SDLP, said its introduction was “long overdue” while Sinn Fein's Ms Mullan said it marked a “momentous step” for LGBTQ+ people across the North”.

Revealing he has written to Northern Ireland Secretary of State, Julian Smith, to clarify the process and timescale surrounding the conversion their civil partnership into a marriage, Mr Durkan said: “This an historic moment for Northern Ireland and for the LGBT community here as they have their love officially recognised.

“The long-overdue and much anticipated legislation means that same-sex couples can register to marry and the first ceremonies will take place in February.

“Couples who have entered a civil partnership will be able to convert their union to a marriage in due course.
“I have written to the Secretary of State asking for guidance around the process and expected timescale as to when this legislation will be finalised.

“This momentous move is a time to reflect on how far society has come and to consider the work that still needs to be carried out in regard to LGBT rights.

“Clearly, more must be done to address the critical need for support and advocacy for the LGBT community; including difficulties accessing healthcare specialists among other health inequalities.”

He concluded: “It is important to acknowledge that the fight for equality is ongoing, change still needs to happen and that begins by increasing awareness and educating others about LGBT issues. A progressive society must be a society that works for all its citizens.”

Ms Mullan said: “It marks a momentous step for LGBTQ+ people across the North, as same-sex couples receive the long-awaited right to register to marry the person they love and finally have their relationships recognised as equal  before  the law.

“This day is one to be celebrated and is a major milestone in the journey to full equality  for all citizens on this island, regardless of sexual orientation or gender identity.

“I would like to pay tribute to all  those who campaigned for so long to demand equality, inclusion and fair treatment; today is theirs.

“The fight for marriage equality has been just one element in the struggle of the LGBTQ+ community, and although this is a massive achievement, we still have a way to go.

“Sinn Féin is determined to see government which works for everyone, that is our pledge for this mandate.”