Seventy-five thousand pounds worth of damage was caused by two local men who broke into a Derry Protestant church in the city, the local Crown Court was told this week. 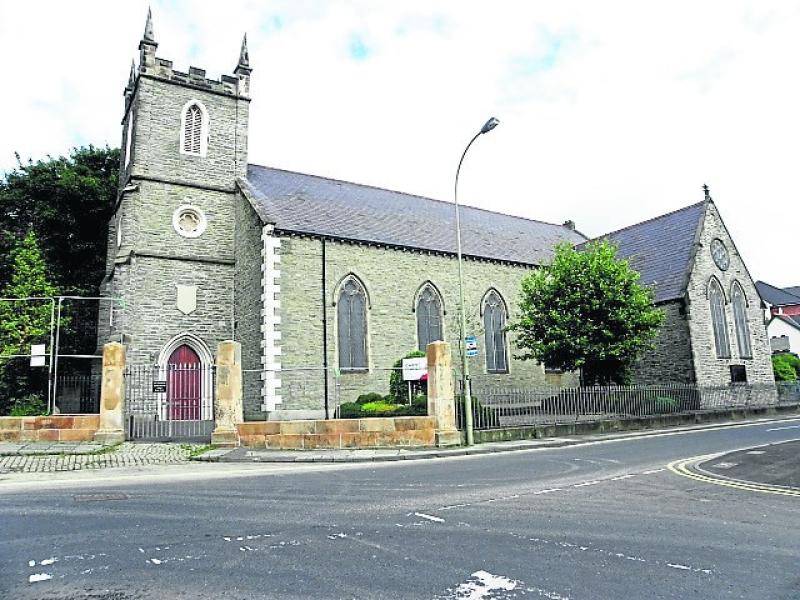 Christ Church on Infirmary Road which suffered £75,000 worth of damage during the 2017 break-in.

Seventy-five thousand pounds worth of damage was caused by two local men who broke into a Derry Protestant church in the city, the local Crown Court was told this week.

The court heard scenes of human defecation were found inside the Church of Ireland's Christ Church on Infirmary Road (off Northland Road) after it was burgled on the morning of 12 September 2017.

One of the men defecated inside the church's boiler room and human excrement was smeared on the church organ and on pages which had been ripped from a Bible.

The disclosures were made at a plea and sentencing hearing for Harry Duffy (25), from Elmwood Terrace and for James Anthony Kennedy (24), from Glenside Park. Both men, who had previously clear records, admitted burgling the church and stealing items including a crystal decanter, a surplice and a set of reader's robes.

A barrister for the Public Prosecution Service told Judge Philip Babington, in total, an estimated £75,000 worth of damage was caused by the defendants for which the diocesan insurers had paid £58,500.

He said it was accepted by the prosecution that it was not a hate crime motivated by sectarianism.

The prosecutor said the damage was discovered by a member of the congregation who immediately informed the police.
The court was told the two defendants had removed metal mesh covering a 19th century stain glass window, smashed the window and entered the church.

They then damaged the church organ, smeared excrement on it and on pages they ripped from a Bible, and stole items of a sentimental value.

None of the stolen items have ever recovered.

The barrister said CCTV footage from the scene showed the defendants entering the church grounds at 8.00am.

They left the scene at 10.24am with Duffy carrying a rucksack which it was believed contained the stolen items.

Both men then returned to the church at 11.15am before leaving two hours later.

The court was told Blood found at the scene matched Duffy's DNA and an imprint matched Kennedy's footwear.

Both men were identified on the CCTV and three weeks later, police searched Kennedy's home where they seized his mobile phone and on its history found that Kennedy had gone onto the diocesan Facebook page and viewed photographs of the damage he and Duffy had caused to the church.

Defence barrister, Sean Doherty, said the fact the incident was not inspired by hostility might provide some small amount of solace to the congregation.

He said Duffy had sustained a serious brain injury when a child which had impacted on his cognitive abilities.

He said Duffy was an extremely disturbed man who had a learning disability and who reported to his GP that he heard voices.
Mr. Doherty said Duffy, because of his mental disabilities, had a limited understanding of the sanctity of  the church.

"His parents are at a loss as to what can be done for him and they are deeply concerned about his ability to cope in prison surroundings," he said. Defence barrister for Kennedy, Stephen Mooney, said it was a hateful offence, but not a hate offence.
He said Kennedy, who has an IQ of 109, was an intelligent person who had dropped out of the education system when young.
He said Kennedy's stepfather had often beaten him and, when a child, Kennedy locked himself in his bedroom to avoid another beating.

"He was mercilessly bullied at school as a result of which a promising academic career went by the wayside and he took refuge in drink and drugs.

“He has no memory of the incident and has told his probation officer that he cries about it almost every night.

“Two character references show a real disconnect between his normal circumstances and his offending. It was his mother who asked him to come forward to the police," Mr Mooney said.

Releasing both men on bail, Judge Babington said he would sentence them on Tuesday next.