The 'no to toxic mining' message was placed on fencing at Banagher Dam on New Year's Day. 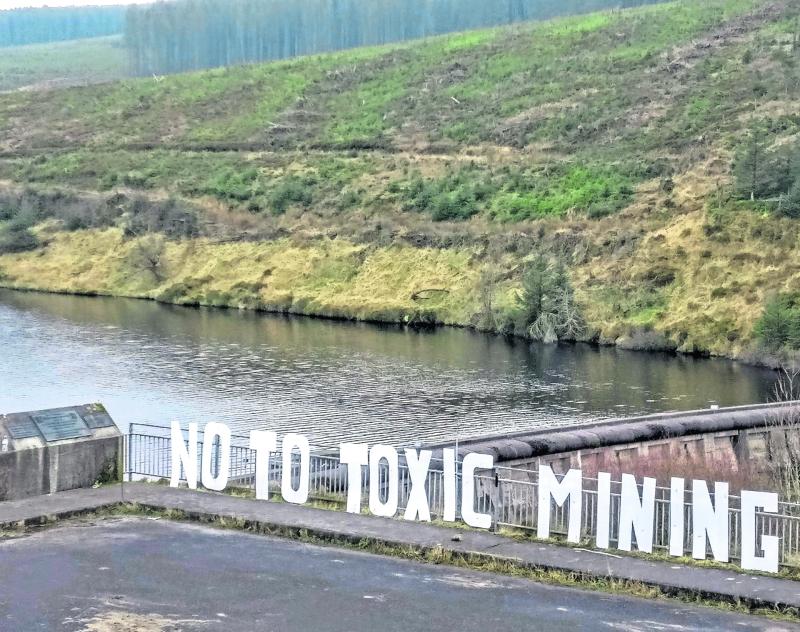 Anti-mining activists have erected a protest sign at one of Co Derry's best known beauty spots.
The 'no to toxic mining' message was placed on fencing at Banagher Dam on New Year's Day.

A spokesperson for the group behind the sign said it had chosen the "natural, unspoiled backdrop", home to one of the ancient oak woodlands in Ireland, as Dalriadan Gold currently has prospecting licences for the area.

Park Against Ruination of our Courtryside (PARC) added that it is one of a number of anti-mining groups seeking to raise awareness of the "impact such prospecting would incur" on the area.

"As land protectors, we need this movement to grow and the word to spread…The land, air and water need your help," a PARC spokesperson said in a statement.

"We have a responsibility to protect this beautiful environment. Look at Banagher Glen, for example, it’s recognised as an important nature reserve and special area of conservation, so, we just cannot understand how the Department for the Economy granted a licence for its potential exploitation."

The spokesperson continued: "We are aware of the impact that mining has had on the environment and indigenous communities in other countries. It is a Windfall economy which only provides short-term employment and economic investment, yet has a long term, environmentally detrimental impact on the environment, visually and ecologically.

"The carbon impact of drawing out the gold, the impact on the water table and the possibility of heavy metals leaching into it is not in kilter with the need for urgent environmental change at present.

"Windfall Mining is often supported by governments and it has been, largely, indigenous communities and environmental activists who have led the call to protect the environment when mining companies come calling. Any concerns by the local community in Northern Ireland will be further hampered by having no political voice due to a lack of working government."

The Country Derry Post contacted Dalriadan Gold about the group's statement, but did not get a response.