The Northern Health and Social Care Trust (NHSCT) has been urged to clarify if weekend hours at Dalriada's new Mid Ulster Hospital base have been slashed. 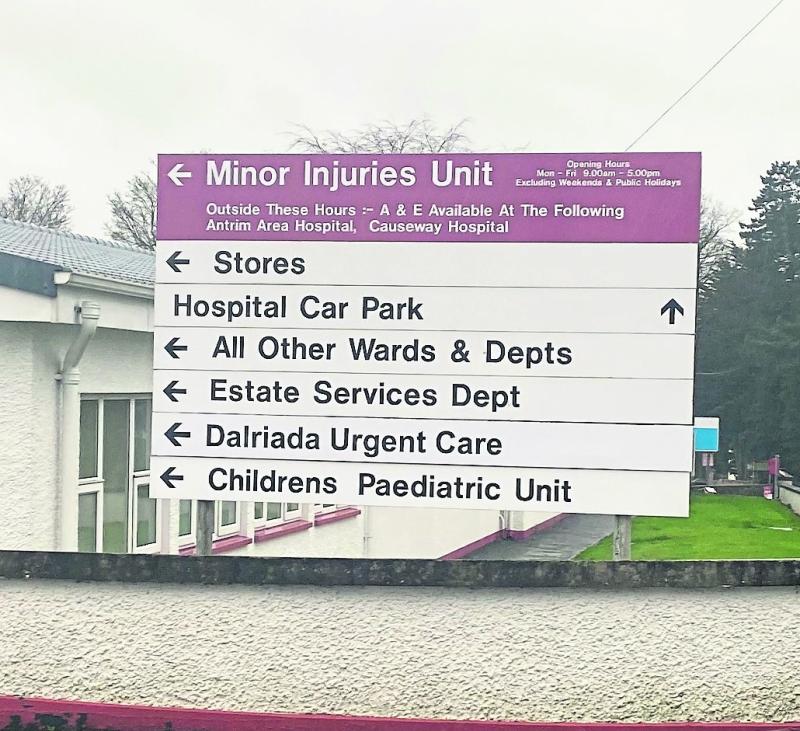 Concerns have been raised weekend operating hours of Dalriada Urgent Care, which recently moved to the Mid Ulster Hospital site.

The Northern Health and Social Care Trust (NHSCT) has been urged to clarify if weekend hours at Dalriada's new Mid Ulster Hospital base have been slashed.

It's after reports patients recently attempting to access the out-of-hours GP service were told it is does not operate after 6pm on Saturdays .

The mothers, who were seeking medical attention for children on two separate occasions, were given the option to attend other Dalriada clinics located in either Antrim or Coleraine.

The Assembly woman told the County Derry Post: "Whilst I understand that the pressures on services have resulted in a number of changes across the trust, and that relocating to the outpatients unit in Magherafelt would seem like a logical approach to ensure that services are together, I have had some constituents contact me with concerns about a change in service.

"As advertised in the press release at the time of relocation, the Magherafelt site was set to continue the ‘out-of-hours’ service in the true sense of the term - 24 hours at weekends and bank holidays.

"This allayed my worries at the time, as I regard the centralisation of services to Magherafelt from Moneymore as a minor change for most local service users, and did not foresee any major issues.

"An increase in services offered at the Magherafelt Mid Ulster Hospital site is indeed something I would welcome, as a very accessible and central town for many residents across counties Derry, Tyrone and Antrim.

"Unfortunately, I have now had reports from constituents who have contacted me to say that they were unable to avail of care at the Dalriada site in Magherafelt after 6pm on Saturdays, which would alarm me.

"In many instances, the Dalriada doctor is the first port of call for worried parents in the middle of the night whose child takes sick- not severe enough for a trip to an A&E department in hospital, but a big enough issue that a doctor has to be seen.
"To find that the Dalriada is unavailable, and that the closest point of care is Antrim Area Hospital, is less than ideal in these circumstances.

"I have written to the CEO hoping that he can provide some clarity regarding this."

The County Derry Post contacted the Northern Trust about the out-of-hours concerns.

However, a spokesperson directed our query to the Health and Social Care Board (HSCB).

A HSCB spokesperson said a response would not be available before going to print yesterday
Dalriada Urgent Care was relocated from Moneymore to Magherafelt in early December 2019 after a period of public consultation revealed strong support for the service’s centralisation.