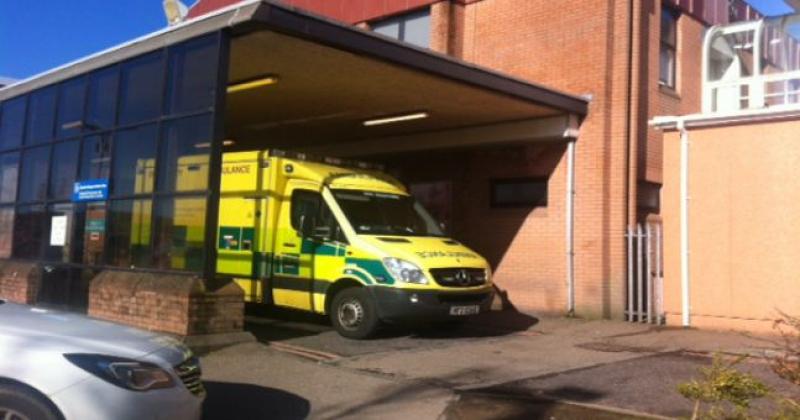 The Accident and Emergency Department at Altnagelvin Hospital

A man tried to steal an ambulance at Altnagelvin Hospital's Accident and Emergency Department only days after he was released from prison, Derry Magistrate's Court heard today.
Kenneth Hazlett (51) admitted the offence that occurred on Saturday last.
He also admitted assaulting a member of hospital staff, assaulting a police officer, resisting police and being disorderly in the hospital on the same date.
The court heard police were called to the hospital after reports of a man trying to steal an ambulance.
The vehicle was parked in the emergency bay and there was a system whereby the engine could run after the key was removed.
The court was told Hazlett jumped into the vehicle and tried to drive away but the engine cut out.
The court heard Hazlett swung a number of punches a a member of staff who tried to get him ot the ambulance and when staff member moved back he was struck on the back of the head.

The court was told police located Hazlett in the hospital grounds and he struggled with them leading to handcuffs and limb restraints having to be used.
Defence solicitor, Seamus Quigley, said his client had no recollection of the incident due to the alcohol he had consumed.
He said he had accepted it was him when shown CCTV but had no memory.
The solicitor saidt Hazlett had been released from prison a matter of days and had been living rough.
He added Hazlett had ben “extremely drunk” and said it was a wonder he could even try and drive the ambulance and it was 'terrifying' to think what would have happened had be been able to drive the vehicle.
Mr Quigley said while all hospital cases were serious this was one of the more serious.
District Judge Barney McElholm said it was “an absolutely outrageous incident trying to steal an ambulance then assaulting a member of hospital staff.'
He sentenced Hazlett to five months in prison.