Motorists advised to drive with caution 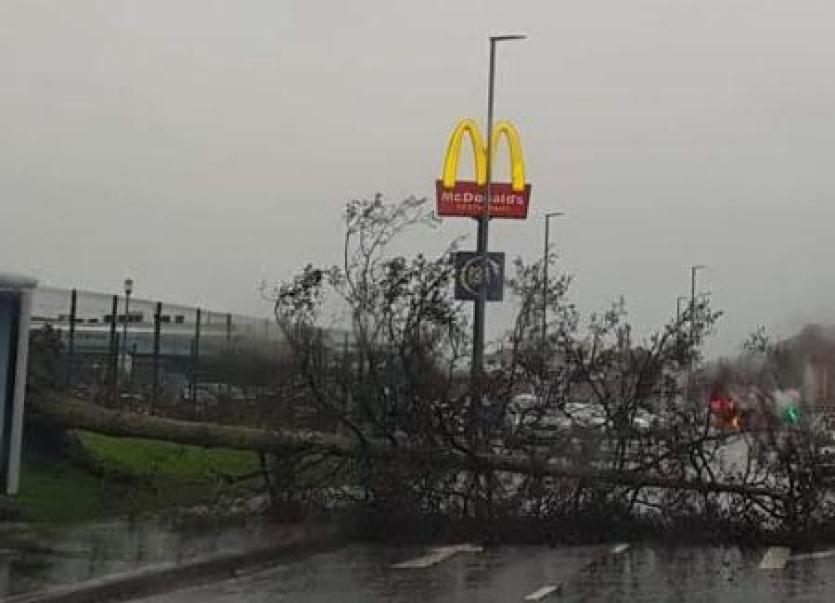 The fallen tree at Fort George on Derry's Strand Road

Motorists are being advised to avoid the Strand Road in Derry in the vicinity of Fort George as a result of a fallen tree.

SDLP MLA Mark H Durkan has reported the matter, he said: "Tree down on Strand Road at Fort George, blocking 2 lanes. Have reported to Transport NI. Please drive carefully and avoid this area if you can."

Met Eireann has issued an orange weather warning: "As Storm Brendan tracks to the northwest of Ireland, southerly winds will reach mean speeds of 65 to 80 km/h with gusts generally up to 130 km/h, higher in exposed areas.

"There is a significant risk of coastal flooding due to the combination of high spring tides and storm surge."

No one has been injured.

Motorists are being advised to drive with caution as Storm Brendan begins to take hold.