Spectacular satellite footage which reveals the extent of Storm Brendan as it forms in the Atlantic and heads towards Ireland. 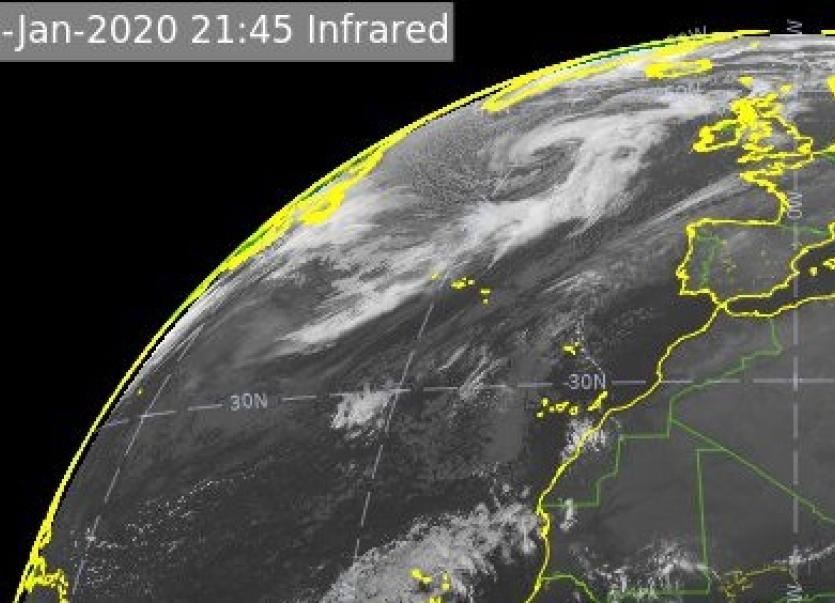 Met Éireann has tweeted spectacular satellite footage which reveals the extent of Storm Brendan as it forms in the Atlantic and heads towards Ireland.

In the tweets the forecaster urges people to heed warnings about the storms potentially life-threatening impact. Images on its website also show the scale of the storm as seen from space.

2/2 Heed warnings & be alert for the timing of impacts specific to your area. Impacts on coasts due to storm surges will be severe. pic.twitter.com/l78O6kESwC

1/2 #StormBrendan will start to impact overnight tonight as southerly winds increase. By morning the strengthening wind will bring rain to the west, spreading quickly eastwards, clearing in the early afternoon to thundery showers.