Some roundabouts 'just too big and too dangerous' - Derry judge

His comments came in the case of a local man charged with careless driving after he knocked a cyclist off her bike. 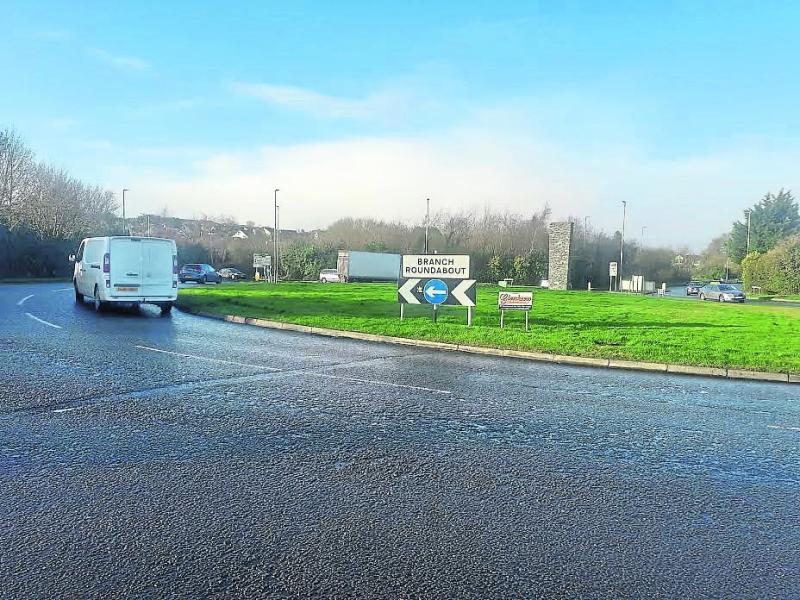 The roundabout at the junction of Branch Road and Buncrana Road where the accident occurred.

Derry's District Judge has said that some roundabouts “are just too big and too complicated.”
His comments came in the case of a local man charged with careless driving after he knocked a cyclist off her bike.

Matthew Horner (42), from Westway in the Creggan area of the city, admitted the charge that occurred on 15 June last year.
The court heard police were called to the scene of an accident at the Branch round- about in the Templemore area of the city.
When they arrived they found a woman being put in an ambulance. She told them she had been on the roundabout and Horner's car had entered and knocked her off her bike.

The court was told Horner told police he simply did not see the cyclist. Defence solicitor, Damian McDaid, said his client had not seen the cyclist and when he did he tried to avoid hitting her.

He said Horner had stayed to offer assistance to the woman.
District Judge Barney McElholm said there could be problems with some roundabouts, especially if there were too many exits.
He added that Horner had been “very remorseful.”

Horner was fined £175 and given three penalty points.