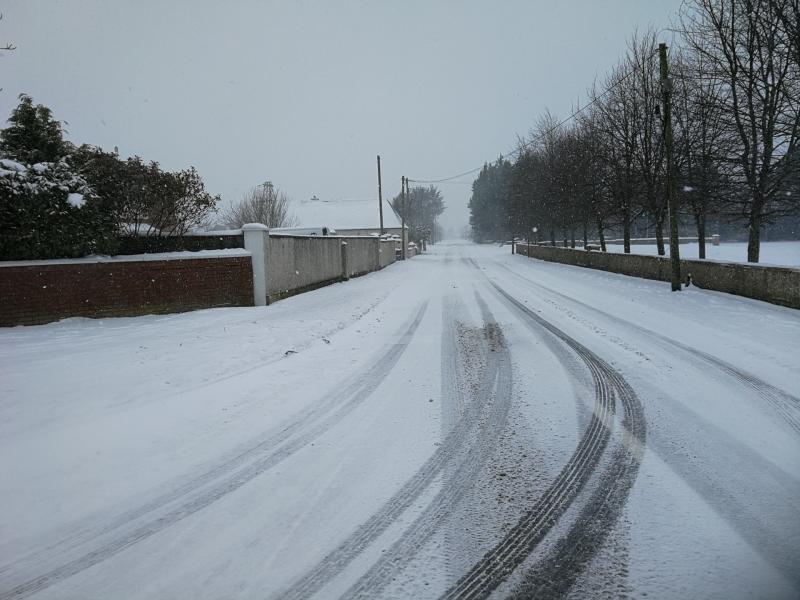 Beast from the East snow in Portlaoise.

Met Éireann has put the country on alert for a bout of stormy wintry weather that could bring snow to parts of the country.

The forecaster says that Wednesday should be dry for most of the day with sunny periods and just a few showers in the north. Highest afternoon temperatures of 7 to 9 degrees, in mostly light to moderate west to southwest winds.

However, later in the day, cloud will thicken in the southwest, followed by rain and freshening easterly winds during the evening. The forecaster says that on Wednesday night a low pressure developing out in the Atlantic will track over the country.

"Rain will spread from the southwest or south across much of the country, possibly with sleet or snow on high ground in the west and north. There is a potential for strong winds along southern coastal counties. It will be a cold night with some frost possible ahead of the rain," says the forecast.

Lowest temperatures of 0 to 4 degrees generally on Wednesday night though it should be a bit warmer along southern coasts.

Met Éireann says current indications are that the area of low pressure will move over Ireland on Thursday morning, bringing further rain or sleet across the country and strong winds on south coasts.

It will get drier later on Thursday but stay quite cold with highest temperatures of 3 to 7 degrees. Frost is likely on Thursday night under clear spells. Minimum temperatures are likely to range from -1 to +3 degrees. MORE BELOW TWEET.

Here is our 7 day Atlantic Chart, showing the pressure and precipitation forecast in 6 hours intervals.https://t.co/9Giuj4CR5mhttps://t.co/9gKN6SVok4 pic.twitter.com/YS31RTMKrx

The forecaster says Friday will probably start dry and bright with light breezes. Later in the day southerly breezes will freshen and rain is expected to move in to affect western coastal counties.

Met Éireann expects the unsettled weather to continue during the weekend with prolonged spells of rain and the risk of strong winds.