Twelve local groups have benefited from a share pot of £10,000 following a successful motor show ran by a Co Derry company. 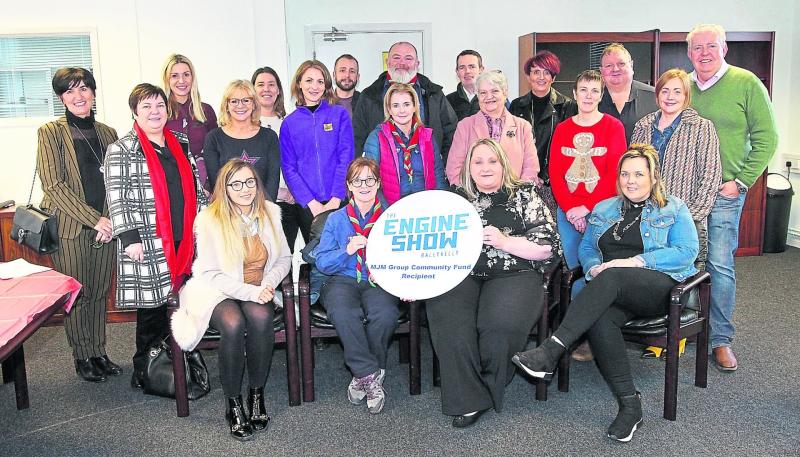 Twelve local groups have benefited from a share pot of £10,000 following a successful motor show ran by a Co Derry company.
The staggering amount was raised in the very first Ballykelly Engine Show which took place in August at the former Shackleton Barracks site in the village.

The event, organised by site owners MJM Group, aimed to raise money to make a difference in the local community. Since the event local groups and organisations have been coming up with ideas and applying to the fund for support.

MJM Group was delighted with the response with group chairman Brian McConville saying: “We have been involved in the Ballykelly community since we bought the site in 2016.

"This now brings our local contributions to close to £40,000. The aim of this event was to open the site up to local people and provide a family fun day out; but it is also to raise money for specific activities that will make a difference. "We hope to build on this event for next year and get to know even more people in the local community.”

The fund will allow Tiny Life to deliver a free five-week baby massage course for parents with premature babies.
It will help fund sensory equipment for the residents in Rush Hall Nursing Home.

Glack Community Association provided most of the volunteers during the event and they will receive money towards purchasing new Youth Club equipment and towards a new container to store it in. They will also receive funding to pay for entertainment at the monthly social club for older people locally.

Finlough’s Hall will also be a beneficiary with money being provided to carpet the hall in the community centre.

Ballykelly Youth Club is being funded to take more than 40 young free of charge with food and transport to Dundonald Ice Bowl for their Christmas trip while the local Scout Group will receive funding towards an extra toilet block and a first aid course for 10 adults.

The youngest to the oldest resident in Ballykelly should see some benefit with a donation for resources also being made to Orchard Community Playgroup, Ballykelly Boxing Club, Friends of Rossmar Special School and Men’s Sheds.

To celebrate the fund all recipients were invited to a reception at the site where the date for the 2020 show was announced.
The Engine Show in 2020 aims to be even bigger and bigger than year one and will take place on Sunday August 2, 2020.