Loreto College's Social Justice Group held a number of events and initiatives to raise funds for a variety of worthy causes. 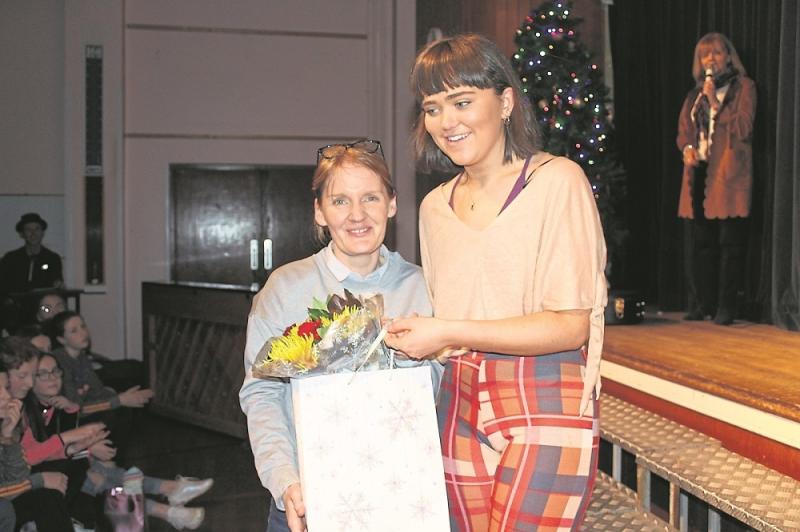 Loreto College's Social Justice Group had a very busy Autumn term, with a number of events and initiatives to raise funds for a variety of worthy causes.
The term’s fund-raising activities culminated on Thursday, December 19 with the annual Mission Day, raising funds for the Loreto Missions Worldwide.
Loreto’s Mission Day is the College’s annual fun day to promote fair trade, the Millennium Goals and the Loreto Missions worldwide.
The day allows students from all year groups to become involved in a variety of activities such as quizzes, sporting challenges and games of skill, with the focal point being the Loreto Christmas Market in the College Hall.
Fair Trade gifts as well as pre-loved cuddly toys, books, jewellery and fashion accessories were on sale, and for some a definite highlight was the range of seasonal treats on offer in the café run by Year 13 students in the College’s Home Economics suite.
The College was particularly grateful to McAtamney’s Butchers, who supplied bacon and sausages, and to Pappy’s Bakery Dunloy, who supplied sodas for the Café, both very generously donating the tasty treats free of charge.
Students also enjoyed taking part in a range of inflatable challenges, to say nothing of the tightly-contested soccer tournament, in memory of Reece Meenan. There was also a very entertaining novelty race contested by a number of very athletic members of staff disguised in a range of Christmas costumes, which brought the morning to a very rousing conclusion.
The College’s Justice League used the day as an opportunity to foreground climate change, and they worked hard to ensure that drinks containers were recycled, plastic straws and cutlery were replaced by sustainable alternatives, and that students had the opportunity to offset their meat purchases in the Café.
In the afternoon, many students enjoyed forming a lively audience for Loreto’s Got Talent, organised by the College’s Head Girl, Ailbhe McGuckian and Head Boy, Aidan McFerran, along with an enthusiastic team of senior prefects, led by Shannon Dickey and Claire White as comperes.
This year’s Loreto’s Got Talent competition was very tightly contested: the winner were singers Bobby and Caitlin, while the runners up were Cora Harkin and Halle Ramsay.
There was a rapturous reception for a return performance by 2018 winner Abigail McMullan, and for a group of staff members who performed at the end of the afternoon.
Other activities on the day included challenges for Year 11 and Year 12 students and form teachers based on popular TV programme I’m A Celebrity Get Me Out Of Here, computer console gaming competitions and Lego challenges, a smore-making room and a Live Lounge run by some of the College’s most accomplished musicians.
An impressive total of just over £3500 was raised on the day for the Loreto Missions.
Mr Michael James, Principal of Loreto College, paid tribute to all the students and staff who had worked so hard in these endeavours, under the leadership of Social Justice Co-ordinator, Mrs Lorraine McCool and Mission Day Co-ordinator, Mrs Mabel McAleese.