Police praised the "quick thinking" actions of a member of the public after a fire ripped through a flat in Magherafelt town centre last week. 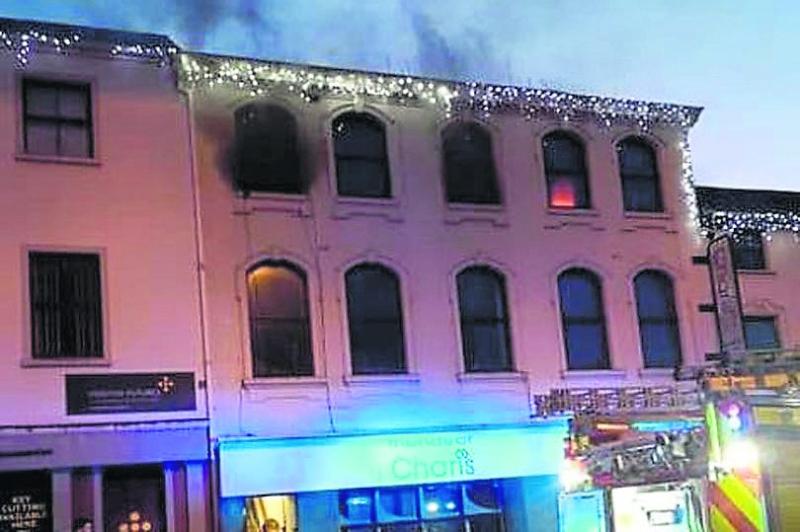 The fire broke out at a flat above the Charis charity shop. One man has been arrested.

Police praised the "quick thinking" actions of a member of the public after a fire ripped through a flat in Magherafelt town centre last week.

The blaze happened on Rainey Street in premises directly above the popular Charis charity shop.
A man has since been arrested for the suspected arson, which the Northern Ireland Fire and Rescue Service (NIFRS) said they were alerted to shortly after 4.30pm on Thursday, January 2.

Luckily no one was in the apartment at the time and the fire was extinguished by 5.37pm.
A NIFRS spokesperson said: "The cause of the fire was deliberate ignition."

A PSNI statement said: "Officers were on patrol in Rainey Street car park when a quick thinking member of the public came over and told them they believed a building was on fire in Rainey Street.
"They immediately went to the flat whilst alerting Fire Service.

"Believing there may have been someone inside they entered to check the rooms.
"The smoke was too thick to complete a full search, Fire Service promptly arrived and completed the sweep.
"Very pleased to report no one was in the flat. The lads are currently being treated for minor smoke inhalation," said police last night.

"An Investigation has begun to establish the cause of it."
The PSNI spokesperson added: "A male has been arrested for a number of offences in relation to the fire in Rainey Street this evening (January 2)."