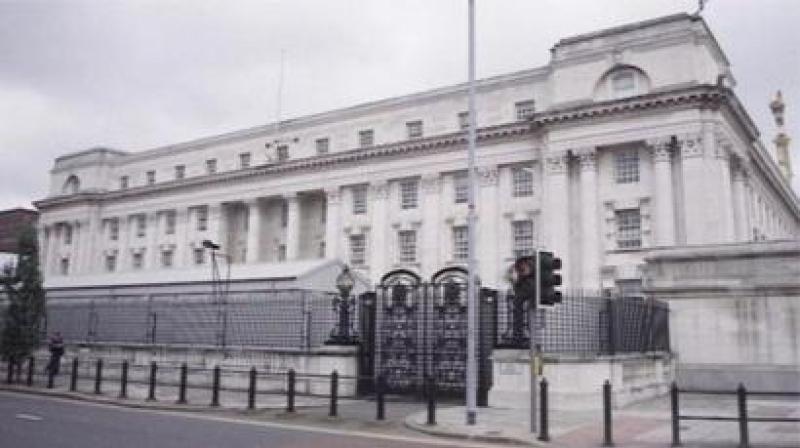 A semi-naked stranger allegedly tried to sexually assault a 13-year-old girl in her bed after climbing through an open window of her Co Derry home, a court has heard.

The shocking claim was heard at Belfast High Court last week where 30 year-old accused Jamie Devlin appeared in the dock.
Prosecutors claimed Devlin may have entered the house in a Co Derry village on December 27 through an open downstairs window.

The defendant was arrested when police found him being held down at the scene by the girl's father.
Devlin, a machine operator from Old Rectory Park in Cookstown, Co Tyrone, faces charges of sexual touching of a child and trespass with intent to commit a sexual offence.

The exact location of the incident is not being disclosed to protect the girl's identity.
She told police that she woke when a man wearing no trousers got into her bed, the court heard.

According to her account he put a finger to his lips and gestured to "shush" before beginning to touch her body.
Two younger siblings were said to be asleep in the same bedroom at the time.
The girl managed to push the intruder off, jump over him and run out to her mother, a Crown lawyer contended.
When police arrived at around 5am Devlin was being restrained on a sofa by the father.

"He was naked from the waist down," prosecution counsel said.
A pair of jeans were discovered at the bottom of the stairs, while boxer shorts were found outside the girl's bedroom.
Her mother told police they had forgotten to close a window when they went to bed that night after watching a film.

Devlin had spent Boxing Day drinking heavily and has no idea how he ended up in the house, the court heard.
The father-of-three claimed that he went to visit a nearby address, and does not recall anything else that night.

"He said he wouldn't do a thing like that, and doesn't have a sexual interest in children," the Crown lawyer added.
A defence barrister submitted that Devlin has no explanation at this stage because he "blanked out".

But it was contended that the discarded jeans and underwear suggested the accused undressed in the mistaken belief he was in his own home.
"This is someone who has brought a world of pain to himself and his entire family," defence counsel stressed.

Refusing bail, however, Mr Justice O'Hara held that it would not be safe to release Devlin.
The judge said: "He poses a risk which cannot be controlled by him being ordered to live at an address five miles away or keeping off drink."