Maghera fundraiser for couple who lost home in Oz bushfires

A coffee morning is being held in Maghera this weekend to raise funds for the sister of a local man who lost her home in the devastating fires which have hit New South Wales in Australia. 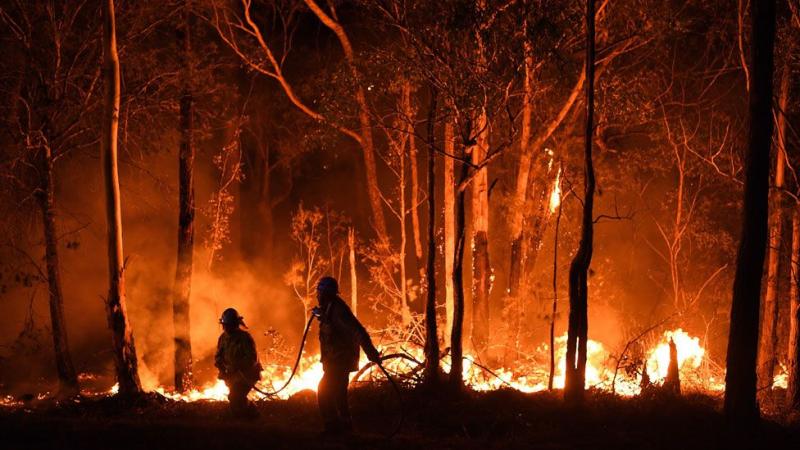 The catastrophic bushfires have been burning in Australia since September.

A coffee morning is being held in Maghera this weekend to raise funds for the sister of a local man who lost her home in the devastating fires which have hit New South Wales in Australia.

Co Down woman Joan Ferguson, the sister of local man Neil Ferguson, lost her home in Cobargo. Two people died and many homes were lost when the town was ravaged by fire.

Australian prime minister Scott Morrison was heckled by locals who said he did very little to help the town when he visited in the aftermath of the fires.

Neil Ferguson, who said lives in Maghera, said a fireball had destroyed the farm on the outskirts of Cobargo where his sister has lived with her partner for over 20 years. Farm animals and horses were killed after the couple fled their home.
After speaking to his sister by phone he said she is devastated by the loss of the animals.

“The farm is destroyed. A fireball took out the animals then took out the farm,” he said.
“The only animal that survived was a cow but it was so badly hurt if had to be put down. When they had to evacuate the only animal they could take with them was their wee dog. I was talking to and she is crying about the animals. That is the thing she can’t get over. They were told they had to leave and leave now and the only animal they could take was the dog. The other animals were let loose to fend for themselves.

“There is a body of water nearby and my sister thought they (the animals) would head that direction and they did. But one of the local farmers said there was a fireball that came down the valley, took out the animals and then took out the farm. It didn’t even burn the farmhouse, it exploded the farmhouse.”

Yesterday it was reported how rain has fallen in fire-ravaged parts and temperatures have dropped - but officials warned that blazes will "take off" again.
Sooty rain fell down the east coast, from Sydney to Melbourne, with "torrential" rain reported in some parts of New South Wales (NSW).

But on Sunday night officials warned temperatures would rise by Thursday. They also said huge fires in Victoria and New South Wales could meet to create a larger "mega blaze".
"There is no room for complacency," NSW state Premier Gladys Berejiklian warned yesterday.

"This morning it is all about recovery, making sure people who have been displaced have somewhere safe."
Despite the respite, haze pollution remained dangerously high.

The wildfires, which began in September, have so far scorched an area roughly the size of Croatia, killing at least 24 people and destroying some 2,000 homes.
The coffee morning is taking place on Saturday, January 11 in the Glen Centre in Maghera from 10am to 1.30pm.