A man charged with 'arson endangering life with intent' in relation to a house fire in Dungiven, has been remanded in to custody. 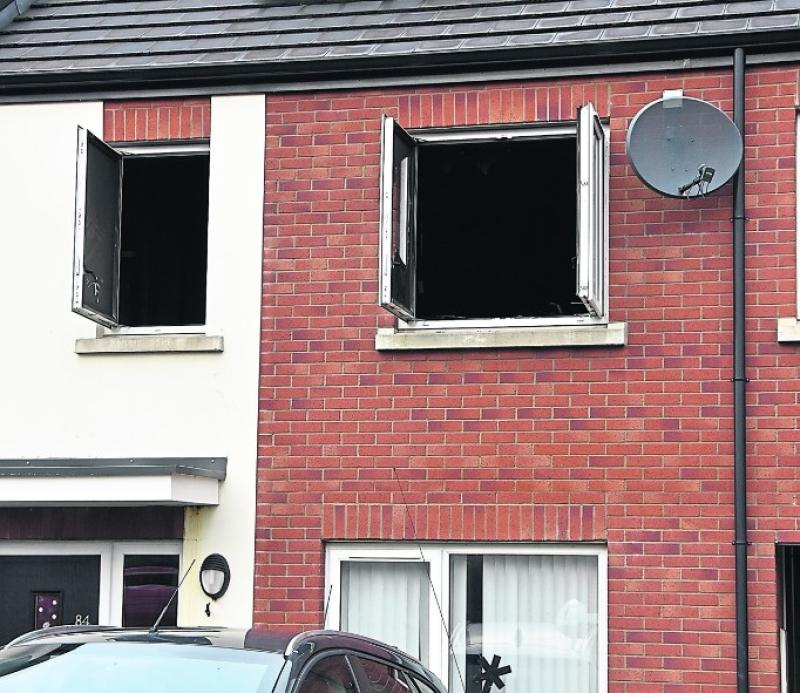 Smoke damage to the upstairs of the dwelling in Ard Na Smol, Dungiven after a suspected arson attack at the weekend.

A man charged with 'arson endangering life with intent' in relation to a house fire in Dungiven, has been remanded in to custody.

Anthony Paul McGuigan (58), with an address given as Victoria Street in Belfast, is accused in relation to an incident at Ard Na Smoll on Friday, January 3.

The defendant was in handcuffs when he was led into the dock at Coleraine Magistrates Court on Monday.
A detective constable said he believed he could connect the defendant to the charge.
A defence solicitor said no application was being made for bail.

No further details were given to the court.
The defendant was remanded in custody to appear back in court on February 3.

Police had previously appealed for information following the blaze at the two storied property which broke out before midnight on Friday.
Fire crews attended the scene and brought the blaze under control and extinguished it.

Appealing for witnesses on Saturday morning, PSNI Detective Sergeant Wallace said: "The NIFRS has ruled this to be deliberate ignition, and so we are treating this as arson.

"We are working to establish the exact circumstances of what occurred and I want to appeal to anyone who saw any suspicious activity in Ard na Smoll on Friday 3 January, around 11:30pm, including persons or vehicles, to get in touch with us.
"I would also urge anyone who has information which may help us identify who is responsible to call our detectives in Coleraine on 101, and quote reference number 2190 of 03/01/20."

The female tenant of the property was not at home when the fire broke out.
Local Sinn Fein councillor Sean McGlinchey revealed that a neighbour raised the alarm after smelling smoke.
He said yesteday: “It was very lucky that there was not a serious tragedy here."