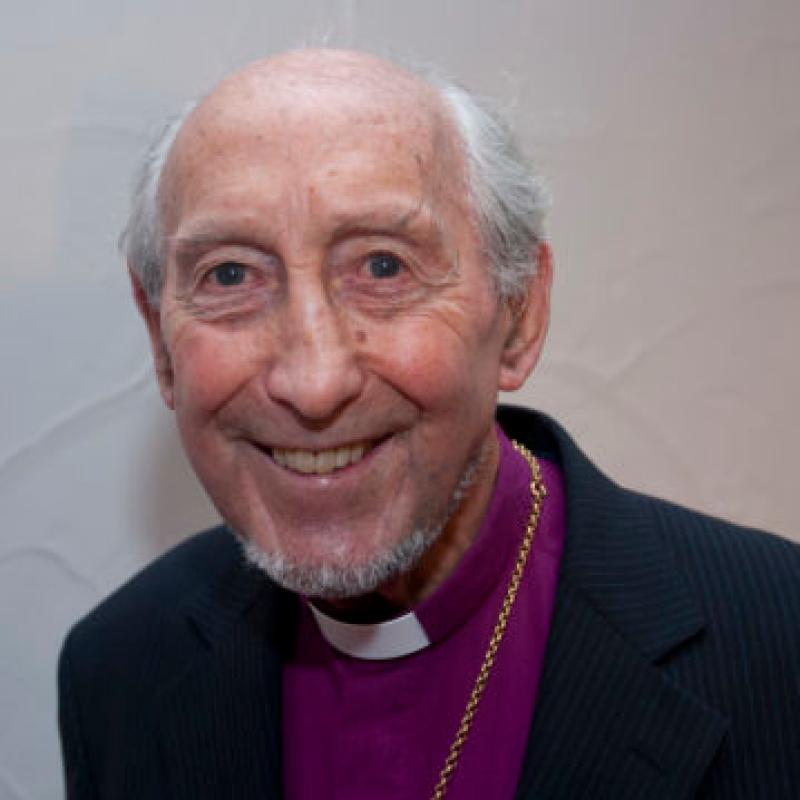 The late Bishop of Derry and Raphoe, James Mehaffey

Tributes are being paid to the former Church of Ireland Bishop of Derry and Raphoe, Dr James Mehaffey, who died last night, aged 88.

Dr Mehaffey led the Diocese of Derry and Raphoe for more than 20 years, from his consecration in September 1980 until his retirement in January 2002.

Tributes are being led by the retired Church of Ireland Archbishop Lord Eames, Bishop Mehaffey's predecessor in Derry and Raphoe, who described him as a "man of tremendous pastoral ministry."

He added: "He is going to be missed. Not only was our friendship deep and lasting, he was a true Anglican in the sense of what it meant to be a reformed, yet catholic, bishop.

"His ministry in Derry during dark days was greatly admired."

Dr Mehaffey, who was born near Portadown, developed a close friendship with the late Catholic Bishop of Derry, Dr Edward Daly.

Catholic Arcbishop of all-Ireland, Eamon Martin said: “Thanks for his warmth and kindness and the powerful and courageous witness of his cooperation and rapport with Bishop Daly during troubled times. The bridges they built together have made a real difference. Prayers and sympathy for Thelma and his loved ones.”

The Catholic Bishop of Derry, Dr Donal McKeown, who visited Bishop Mehaffey shortly before his death, said his "very significant personal friendship and partnership with Bishop Edward Daly  gave witness to a powerful message of harmony and peace building".

SDLP leader Colum Eastwood said Bishop Mehaffey's "ministry was a constant source of hope during the darkest days of conflict and under the immense burden that violence brought to our city.”

Bishop Mehaffey, along with his friend, retired Bishop of Derry Dr Edward Daly, received the Freedom of the City from Derry and Strabane district Council in 2015.