Northern Ireland Fire and Rescue Service (NIFRS) has echoed road safety pleas to encourage road users to “Share the Road to Zero” after it was revealed that 55 people tragically lost their lives on the North's roads in 2019. 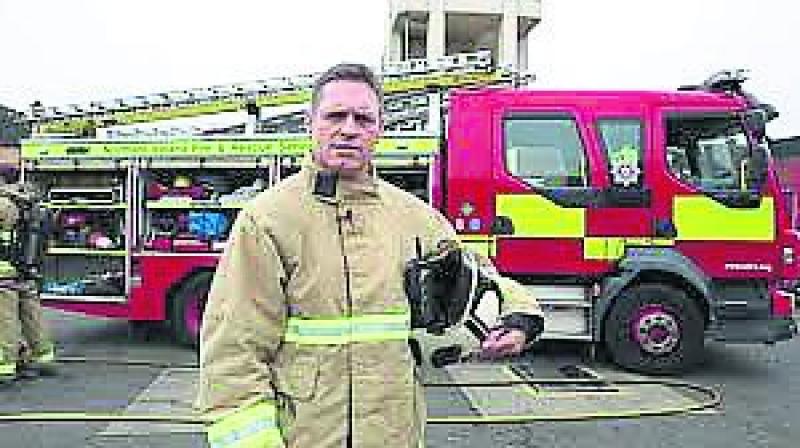 Northern Ireland Fire and Rescue Service (NIFRS) has echoed road safety pleas to encourage road users to “Share the Road to Zero” after it was revealed that 55 people tragically lost their lives on the North's roads in 2019.
During last year, NIFRS attended 755 road traffic collisions and rescued 544 people.

Gerry Lennon, group commander, Northern Ireland Fire and Rescue Service, said: “We all know that one death on our roads is one too many and it is tragic that 55 people died on our roads in 2019 (Provisional PSNI Road Death Statistics).

“Throughout 2019 we worked hard with the community and our road safety partners;  Department for Infrastructure, the police and Ambulance Service to improve road user behaviour to help reduce the number of road traffic collisions and the number of people killed and seriously injured as a result.

“We have made a real effort to reach younger drivers especially with our 'Your Choice' virtual reality programme that highlights to young drivers the dangers on our roads and what can happen if things go wrong.
“Unfortunately, our firefighters, along with our colleagues in the other emergency services, saw too often the harrowing impact of irresponsible road behaviour on people’s lives.

“Road traffic collisions bring misery, pain and grief to individuals, families and communities.
“It is important that we recognise that we are all responsible for road safety – we all have a responsibility to 'Share the Road to Zero’ and we simply must do everything we possibly can to ensure zero road deaths in the year ahead.”
Commander Lennon was speaking ahead of an accident in Co Derry in the early hours of New Year's Day which claimed the life of a 19-year-old teenager.

Michael Og McKenna, from the Maghera, died after the red Audi car he was driving was in collision with a silver Audi shortly after 2.30am on the Moneysharvan Road between Maghera and Swatragh.
The female driver of the other car and two teenage passengers were taken to hospital for treatment to non life-threatening injuries.