DUP MP argues that support for a United Ireland has diminished 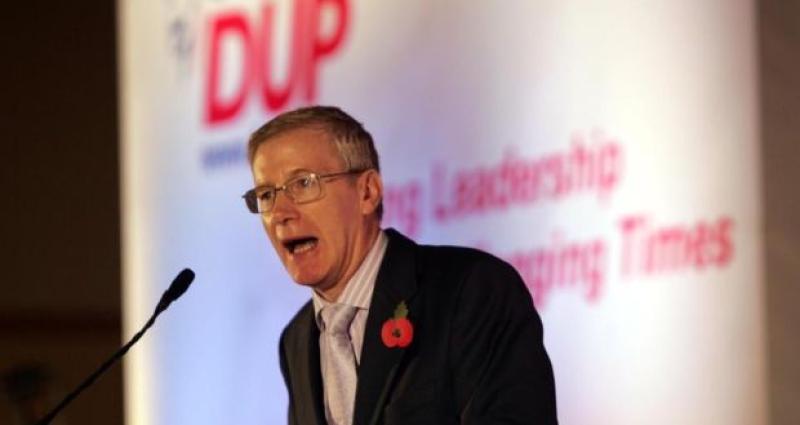 In today’s Derry News, DUP MP Gregory Campbell argues that support for a united Ireland has diminished based on the latest Westminster election results.

He believes the EU budget will be “significantly reduced” following the UK’s departure, which, coupled with the possible admission of other countries into the EU, will have a detrimental impact on the Republic of Ireland moving forward.

The recent Westminster election results can be interpreted as giving voice to the exasperated desire of many people to see a Stormont Government up and running to try and deal with the extreme circumstances that abound in health, education and other sectors in our society.

Another element has been seized upon by some in declaring that for the first time there are more Nationalist MPs than Unionist MPs elected.
This disguises the more fundamental point that while some Irish republicans go into a frenzy about demographic change bringing with it the so - called 'inevitability' of a united Ireland, they have avoided actual election results which show nothing like that outcome.

In this year’s election there were first time voters who had not been born when I was first elected to Parliament in 2001.
In that Westminster election 18 years ago, the 'united Ireland' parties, Sinn Fein and SDLP, obtained 42.7% of the vote, while at last month’s Westminster election Sinn Fein, SDLP and Aontú got 38.9%.

Support for those parties that advocate a united Ireland is less now than it was when I was elected in 2001. The much vaunted “demographic change” that republicans repeat ad nauseum has worsened their chances not improved them.
The other more practical problem they face is that just as any pan unionist vision of an ultimate solution such as total integration within the UK wouldn't have been possible or practical whatever the majority voting for it may have been, just so any pan nationalist vision of an ultimate solution of a United Ireland would fail by the same criteria.

The other big ticket item next year will be the Brexit proposition. Again, those who advocate staying in the EU through an impossible united Ireland have not been open about what lies ahead if they were to be successful. The EU budget will be significantly reduced on an annual basis by the UK's net contributions of approximately £9billion.

Countries such as Serbia and Montenegro potentially joining in the next five or six years means the budget would become even more hard pressed let alone any fanciful notion that an Independent Scotland would be re admitted pressurising those net contributing countries, such as the Irish Republic, for more money again.

In short, staying in the EU in those circumstances would cost the Irish Republic much more than it is costing them now, anyone looking to join them should ponder that. 2020 is the year we must press the new PM to give us a more equal United Kingdom as opposed to an even more expensive EU.