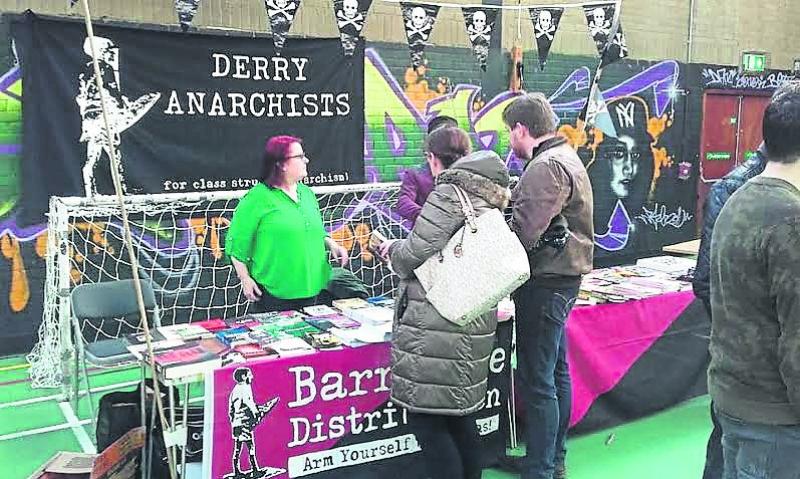 Book sellers, publishers and distributors from the length of Ireland will attend the bookfair with participants travelling from Scotland, England and Wales for the one day event.

Pilots Row Community Centre will next month host the 4th annual Radical Bookfair at its Rossville Street home in Derry.

Organisers of the annual community project – taking place on Saturday, 1 February - have confirmed the Bogside venue will host one of the largest number of independent radical press, book sellers, publishers and distributors from the length of Ireland with participants travelling from Scotland, England and Wales for the one day event. A spokesperson for the Derry Radical Bookfair said “We are delighted to once again confirm that we are able to add the Derry Radical Bookfair to the city’s political calendar after previous successful book fairs.

“The day-long event receives a fantastic response from the city itself and across the North West as it is able to provide easy access literature not normally found in usual bookshops and outlets. The Radical Bookfair is an important event which gives a great opportunity to independent booksellers and publishers due to the availability to network and create links and new important contacts.

“We welcome everyone to the Radical Bookfair with different political visions, ideas, practices and radical traditions.
“We pride ourselves in creating a space for books of local, national and international interests including social and labour history as well as themes covering radical feminism, queer liberation, anarchism, Marxism, republicanism and environmentalism.
“It is also a day in which a number of campaign groups have the opportunity to table stalls so as to highlight ongoing concerns such as human rights, environmental andsocial justice issues. This year we will be continuing with a series of book launches as well as several talks throughout the event which will again add to the overall community spirit that the book fair has created within a venue such as Pilots Row. For many the event ties in well with the week-long events leading up the the annual Bloody Sunday March for Justice.”
Derry Radical Bookfair takes place on Saturday, 1 February next, from noon until 5.00pm at the Pilots Row Community Centre on Rossville Street.