The Derry News chat to a few locals to see what their New Year Resolutions are... 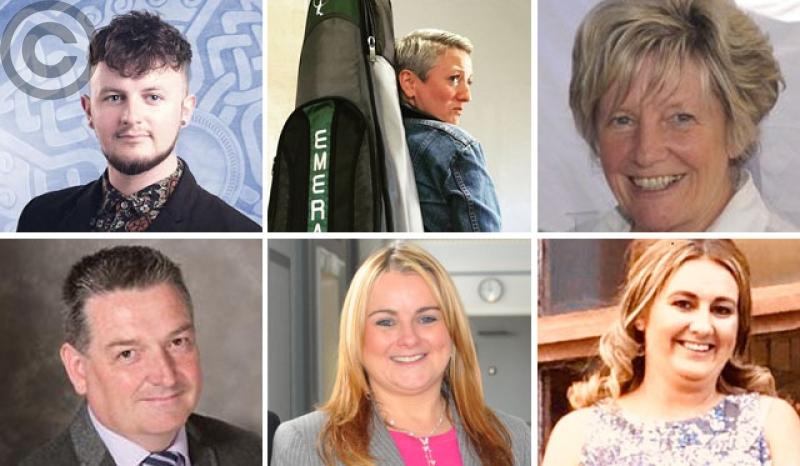 Conor McGinty
Up and coming music star Conor McGinty has a special reason to get in shape in 2020.
"My New Year's resolution is the standard one, I'm going to hit the gym!
"I have my concert in the Millennium Forum in March and I am getting married in May so going to try and get into some sort of decent shape for that.

Noella Hutton
Derry singer Noella Hutton is releasing her highly anticipated new album “Love and Liars” in the near future.
It follows the release of her critically acclaimed album “Blood” which she recorded with her sister Jeanette last year.
"My New Year's resolution for 2020 is to find peace of mind," she said.

Jeanette Warke
Fountain-based community worker Jeanette Warke who co-founded the Cathedral Youth Club is focusing on good health in the coming year.
"We were always told by our parents that our health is our wealth.
"How true those words are, so I would like to reiterate those words to everyone and look forward to a peaceful New Year in our beautiful city."

David Ramsey
DUP Alderman David Ramsey said he was looking forward to continue working for the people of Waterside in 2020.
"My resolution is to continue to work hard for all of the people in the city, particularly those who voted me as their councillor.
"I would also like to thank them all for their support in 2019.
"It has been an honour to represent the Waterside.
"On a more personal note, maybe it's time to do something about my beer belly!"

Sandra Duffy
Sinn Fein Councillor for Ballyarnett Sandra Duffy said she would continue to work to improve the city's mental health and wellbeing in 2020. "I intend to focus on mental health more than ever in the coming year as it is such an important issue," said the Sinn Fein group leader on Derry City and Strabane District Council.
"I also hope to go to the gym, because I've been a member for two years and have barely set foot in it.
"And I would love to become more fluent in Irish so I argue with my da in two languages!"

Mary Durkan
SDLP Councillor Mary Durkan said: "Our political leaders must resolve to tackle the chronic economic neglect of our city and region in 2020. "Investment in university expansion is key to tackling what John Hume called the 'isolation of the West'.
"I look forward to working with the Into the West campaign demanding proper investment in rail, starting with the delivery of Phase 3 essential works to our railway line.
"Our leaders must act with due urgency to address the imminent welfare mitigation cliff edge and the climate emergency requires drastic action at all levels.
"And for myself, I resolve to do my best."