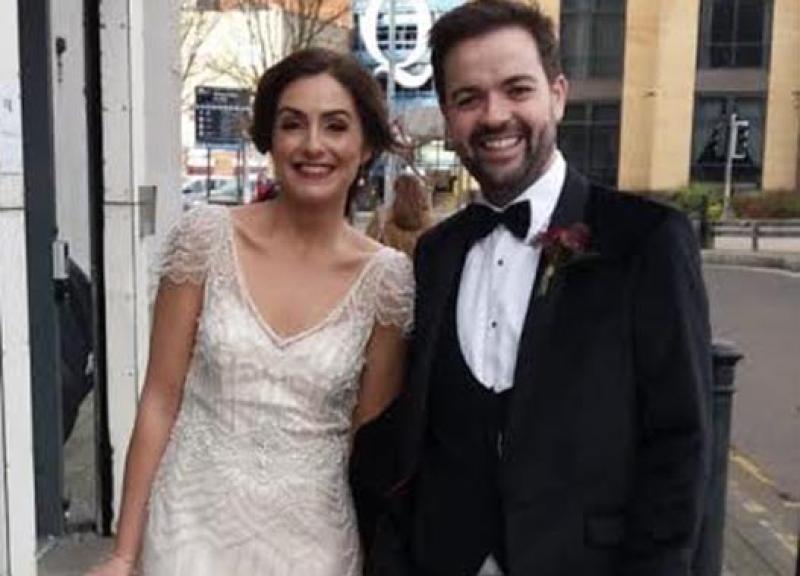 Derry Soprana Elaine McDaid who got married in Derry four days ago.

A Derry bride has thanked Translink after it came to the rescue when she forgot to pack vital medication for her honeymoon.
Local soprano Elaine McDaid got married over Christmas and was about to jet off on her three week honeymoon from Dublin Airport today when she realised she had forgotten to pack what she described as 'essential medication'.
The Barcelona based singer took to Twitter to ask if anyone from Derry could help.
And Translink promptly got in touch to say their driver would happily pick up the medication and meet her at the airport.
Overwhelmed by their kind gesture, Elaine said Translink had performed a 'Christmas miracle' and described them as 'superheroes'.
In another twist, she then tweeted that her parents missed the bus and 'had to drive like maniacs to overtake him and catch him at the next stop'.
She added "The driver refused to take any payment as thanks, and told them to put it in the charity box.
"Thank you @Translink_NI what a good and decent service."