An academic, businessmen and people who have served the local community are amongst a select group of over 1,000 people to be recognised in the UK New Year Honours List. 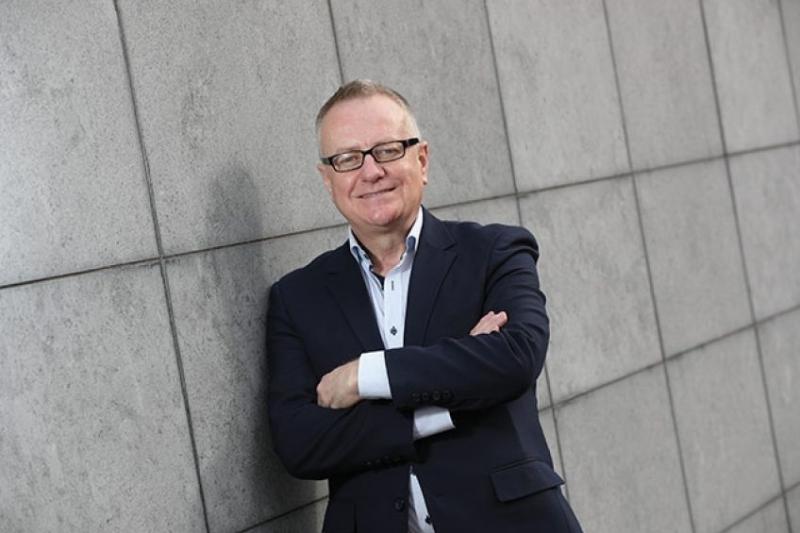 Professor Paddy Gray has been honoured

An academic, businessmen, singing priests and people who have served the local community are amongst a select group of over 1,000 people to be recognised in the UK New Year Honours List.

Former Branch Manager at Strathfoyle Library, Philip McLaughlin, and Norman Alexander Tayler T.D. have both been awarded MBEs for services to the community in Derry.

Mr McLaughlin served the Strathfoyle area for 30 years in his role, making the library and learning the nucleus of the entire community.

Professor Paddy Gray, who grew up in Armagh but now lives in Derry, will receive an OBE for services to housing in the North. Prof. Gray is an established academic and has wide experience of academic and applied research with over 300 publications on housing related issues.

He has acted as an Expert Advisor to government and regularly sits on strategic panels.

They are to be awarded an MBE for services to music and charity in the North of Ireland.

Receiving the news, they collectively said: "The gift of music and vocal training has been nurtured in each of us from an early age. Our unexpected journey over the past 11 years has been an epic one and has brought us to places we could only ever have dreamed about.

"We have met wonderful people of every creed and philosophy. We would like to thank all those who have supported us in this journey, not least our families, fellow clergy, religious and lay faithful of the parishes in which we have served and continue to serve.

They added: "Thanks to people’s generous support The Priests Charitable Trust has been able to assist several charitable causes and, as long as we sing, will continue to do so.”

Local businessmen have also been recognised, including John Healy who is the Managing Director of Allstate Northern Ireland. He will receive an OBE for services to the economy.

Mr Healy has 25 years' experience in technology, predominantly in the financial services domain.

Prior to joining Allstate, John led Citi's delivery centre in Belfast, providing IT, Operations, HR, Legal, Finance and Risk Services to the broader Citi group as one of 27 global delivery centres in its global network.

At Allstate, Mr Healy is the managing director of Allstate NI, leading the team of 2,200.

Simon Hunter, the Chief Executive Officer of Hunter Apparel Solutions Limited, a company based at Springtown Industrial Estate in the city is to receive an MBE for services to Business and the Economy. He is a third generation CEO of the award-winning shirt company, which has been operating since 1936.

The full New Year Honours list for 2020 recognises the achievements and service of “extraordinary” people across the UK.

The list continues to demonstrate the breadth of service given by people from all backgrounds from all across the UK.

In total 1,097 people have received an award, 941 candidates have been selected at BEM, MBE and OBE level: 315 at BEM, 397 at MBE and 229 at OBE and789 (72%) of the recipients are people who have undertaken outstanding work in their communities either in a voluntary or paid capacity.

He is known as the architect of Universal Credit, a change to the benefits system, which has forced hundreds of local families to food banks.

Dr Mona Kamal Ahmed, a NHS psychiatrist, claims Mr Smith was responsible for "some of the cruellest most extreme welfare reforms this country has ever seen".

A petition launched by the doctor calling for him to be stripped of the knighthood has been signed by more than 100,000 people at the time of writing.

The author, who led the Hillsborough Independent Panel's research team, said he could not receive an honour in protest "at those who remained unresponsive" to help families and survivors affected by the disaster.

Ninety-six people died following a crush at Hillsborough on 15 April 1989.

In April, an inquest jury concluded the fans were unlawfully killed.

Mr Scraton's book, 'Hillsborough: The Truth', is widely accepted as the definitive account of the disaster.