How a new cross-border university will break the Stormont stalemate

The British and Irish Governments are considering a Brexit-relief package for the North West as part of a series of measures to restore devolution. 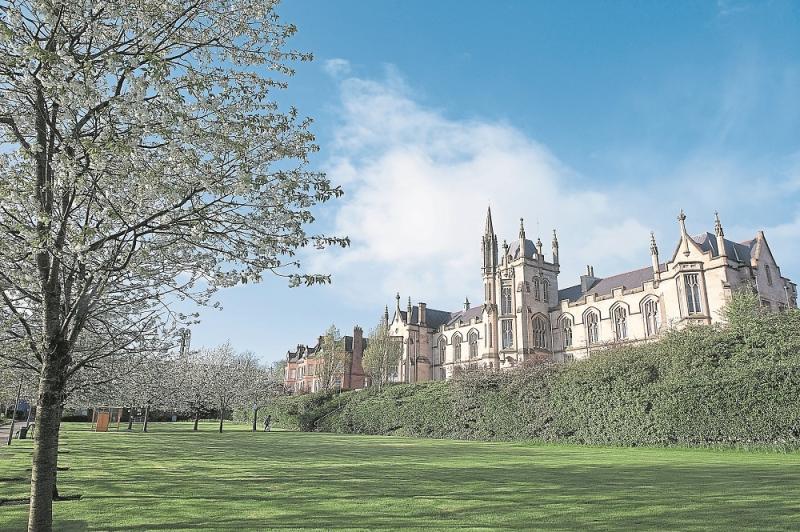 The British and Irish Governments are considering a Brexit-relief package for the North West as part of a series of measures to restore devolution.

GARBHAN DOWNEY and CONAL McFEELY of the Derry University Group say a standalone Derry-Donegal university must be their number one priority.

A series of major events occurred last week that underlined the absolute necessity of a new standalone university for the North West.

The most significant was undoubtedly Westminster’s stated determination to leave the EU next year – a move that has already impacted savagely on this border region.

Brexit, however, also presents an opportunity for the North West in that, regardless of how the rest of the ‘UK’ proceeds, this region still has the ability to participate in both ‘super-economies’.

A new cross-border university – which would draw support from Dublin, London and Brussels - is the most creative and culturally-sensitive way to protect and uphold the Irish, British and European identities of all the citizens in this region.

More importantly, a 10,000-student Derry-Letterkenny institution could bring in as much as £200 million a year to this region.

Economists say there is an opportunity to fund the initial capital spend and running costs through the repurposing of loans owed by Britain to the EU and by Ireland to Britain. And the Irish government has already announced that they will help finance cross-border university links.

The very first step in this process, and one which can and must be taken locally, is the establishment of a new Higher Education Oversight Committee for the North West, which will assert regional control over all future university developments here from this point forth.

Decentralising
The stalling of the Stormont talks last week also raises an opportunity for Derry.

There is much less appetite west of the River Bann for a restoration of devolved government than there is in the Greater Belfast area.

The public along the western border with the Republic of Ireland, who have benefited little from the so-called peace dividends, have little faith in the Stormont administration to govern them fairly. The leading Derry academic, Colin Harvey, warned on Friday past that ‘a return to a power-sharing that neglected the values of the Good Friday Agreement on parity of esteem, equality, human rights and justice’ would not work.

Again, an independent university can be the solution to many of these concerns.

Besides rectifying generations of discrimination, the decentralisation of university provision from Belfast to the North West would signal a major shift in terms of recognising the equality of all communities.

It would also help restore the faith of the public in the Good Friday Agreement and in the possible benefits of power-sharing at Stormont – benefits, which, for the people of the Derry city-region, have been far too thin on the ground up to this point.

Kieran Donnelly’s illuminating report for the Northern Ireland Audit Office, showing how completely incompetent Belfast has become at delivering key projects is another strong argument for greater North West autonomy. Ulster University, for example, missed out on a £150m European loan, because it missed the deadlines on its new North Belfast campus – a campus which should have been built in Derry in the first place, but for UU’s own factional, Belfast-centric thinking.

By the time it’s finished UU Belfast will have taken 15 years to complete; the university is now flat broke and its credit-lines, and reputation for delivery, are in the toilet. Anyone who thinks UU will be fit to expand Magee anytime in the future is badly misguided.

It also explains why the Northern Ireland Civil Service have been so reluctant to back UU’s involvement in the proposed new Derry medical school.

It could not be clearer that while the school is an absolute necessity, for the sake of Derry, it will have to be run by the North West itself for the benefit of the North West – and UU cannot be anywhere near it.

Incidentally, Mr Donnelly’s report also exposed the fact that there is no development in the North West worthy of the title ‘Major Project’, apart from a half-hearted feeder road to Belfast; and a repeatedly-stalled dual carriageway to Dublin.

If ever a major project should get an immediate go-ahead it is the independent university for the North West.

Departure
The denial of an independent university to Derry was recently described by the British peer Andrew Adonis as nothing ‘short of a social and sectarian scandal’. And last week we also got to see just how embedded that problem has become, when Ulster University’s Vice-Chancellor Paddy Nixon announced he was leaving his post to take a new post in Australia.

Professor Nixon, for all his public relations problems, always tried to keep Derry on the UU agenda. And if he couldn’t turn the sinking tanker, no-one can. His decision to leave raises huge questions about UU's viability as an institution. The university staff - whose careers have been so adversely affected by the university's impending bankruptcy, horrendous HR record and crippling bureaucracy - deserve so much better. Morale at UU has plummeted because of the recent crises – and this is an issue that the region’s new HE Oversight Committee should address, as soon as it is constituted.

The deliberate denial of higher education provision to Derry, and the associated economic and skills benefits which would have accompanied it, has inflicted lasting generational damage on the North West.

The North West’s social indices are still the worst on these islands; and, up to this point the power-sharing administration at Stormont has failed to make the necessary impact.

The Good Friday Agreement peace dividend remained in the east, leaving Belfast a boomtown – remember they got a new £365m university campus without a lobby, despite the fact Derry has now been campaigning for 60 years.

Restoring Stormont is important to the stability of Northern Ireland, particularly post-Brexit. Westminster rule, or civil service rule, or joint authority will, at best, be stopgaps. Even in the event of Ireland reuniting, the North is likely to require its own devolved parliament.

If we are sincere about breaking the current impasse at Stormont – and about delivering equality to communities west of the Bann - a standalone, cross-border university, centred in Derry-Londonderry and Donegal, must be the first priority for this funding package.