Volunteers working in partnership with Derry City and Strabane District Council’s Museum and Heritage Service have successfully transcribed 14,000 additional records for the City Cemetery Records Project, bringing the total yearly range of accessible records from 1853 to 1961. 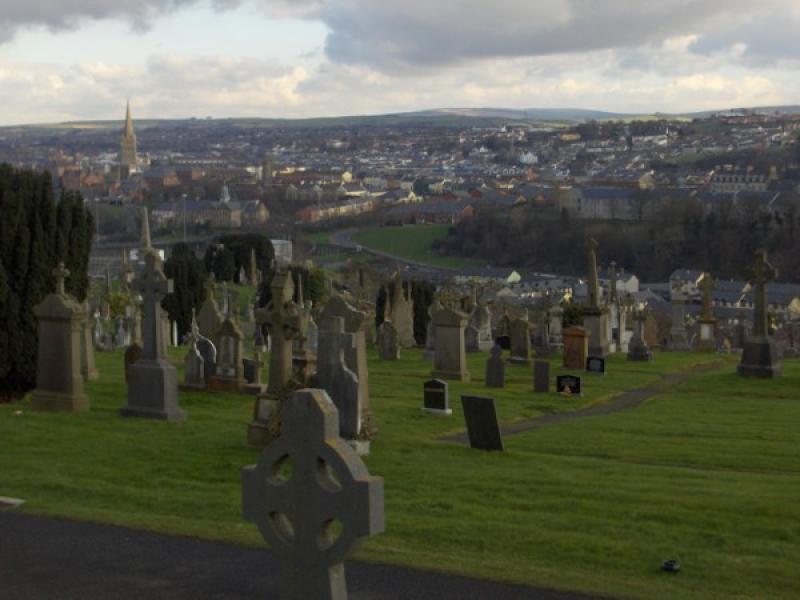 Volunteers working in partnership with Derry City and Strabane District Council’s Museum and Heritage Service have successfully transcribed 14,000 additional records for the City Cemetery Records Project, bringing the total yearly range of accessible records from 1853 to 1961.
The first phase of the project, up until 1924. was released in November last year thanks to an incredible feat of dedication and hard work from all the volunteers who participated. Their efforts were acknowledged when they were awarded a commendation from the Heritage Angel Awards in 2018 in the “Best Research and Interpretation Category.”
After the success of the first project, a group of the volunteers approached Council with a view to transcribing the remainder of the records.
Ronan McConnell, from Council’s Museum and Heritage Service, paying tribute to the volunteers involved in the project, said: “Council were fully supportive of the work by the volunteers to transcribe the remainder of the records.
“What was most significant about this was how the volunteers had learned from the challenges in the first project and found an incredibly more efficient way of transcribing.
“They really took ownership of the project and we feel so privileged to work with them and make sure the results of their hard work is now freely available online on the Council’s website.
“We would like to thank all the volunteers who have been involved in both phases of the project for their hard work and also the staff at the cemetery for their assistance. This project has been incredible to work in and it has really highlighted the potential for members of the community to work together to preserve invaluable knowledge for future generations.
“We plan to look at other cemetery records next year.”
Marie Crowley, one of the volunteers involved, said: “ We were delighted that phase two of the City Cemetery records are now online for all to view and it was great to be part of this project and to see the names of familes and place of birth columns being filled in rather than blank columns that had existed in the previous years.”
Gerard Harvey, who also volunteered with the project, said: “This phase took us into the modern era enabling connections to be made between relatives in our family’s living memory and those up-to-now unidentified relatives from the 19th century in the earlier records.
“For the first time, the World War Two records have been identified and are accessible for local people and those from various countries around the world whose relatives’ remains rest in our city.
Concluding, Gerard ssaid:  “It should be noted that some of these records are totally unique. Where a birth or death was not registered, which happened regularly, the only record of that person’s existence is in these online City Cemetery records.”
The records are currently available for viewing at: https://www.derry strabane.com/cemetery records