Translink has confirmed it will be implementing a traffic management plan at Derry's Transport Hub following safety concerns. 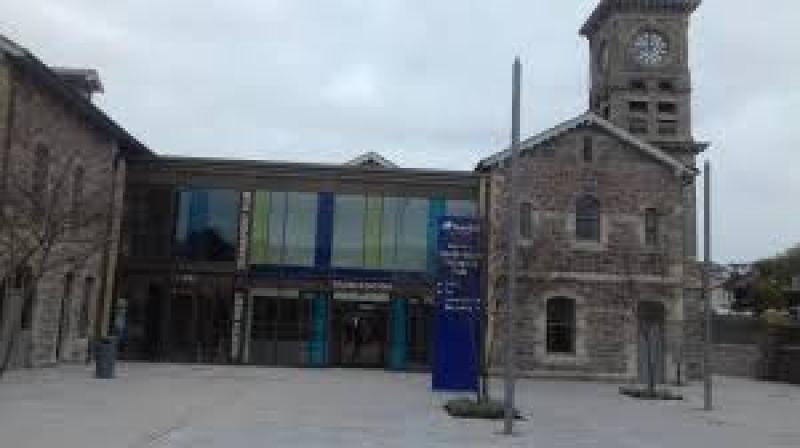 The recently opened North West Transport Hub in the Waterside.

Translink has confirmed it will be implementing a traffic management plan at Derry's Transport Hub following safety concerns.
The newly opened North West Transport Hub in the city's Waterside has proved very popular, but current drop off arrangements are not adequate for the increase in bus and rail passengers.
SDLP Councillor Martin Reilly said he was contacted recently by a constituent who expressed worries over the traffic situation outside the station.
“I immediately raised these safety congestion concerns with Translink and DfI Roads and I welcome their prompt response to me," said Councillor Reilly.
"These agencies now plan to take the necessary steps to improve safety at this key piece of public infra- structure.
"The safety of all those arriving or departing from the Transport Hub has to be of the highest standard.
"While the construction work at this location will continue into summer 2020 as planned, the public are simultaneously entitled to have proper and adequate access arrangements. I look forward to the measures detailed by Translink being out in place as soon as possible.”
A spokesperson for Translink confirmed plans are in place to build a new lay by and pedestrian crossing.
“Following concerns expressed in relation to traffic congestion in the area, Translink can confirm that a traffic management plan for the North West Transport Hub in Derry~Londonderry will shortly be in place, in full consultation with DfI Roads.
"This plan will involve a lay-by facility for drop-offs at the station, the introduction of a pedestrian crossing from the drop-off point and will include more prominent way-finding and traffic- calming signage.
"A bus turning circle will be installed during spring 2020, with the entire project on schedule to complete during summer 2020.
The spokesperson concluded: "Translink will continue to monitor traffic conditions in the area and will continue to co-operate with local stakeholders and DfI Roads in order to ensure that inconvenience to cus- tomers and commuters is minimised.”