The funeral of Veronica Taylor, from a well-known Derry republican family, took place in the city yesterday 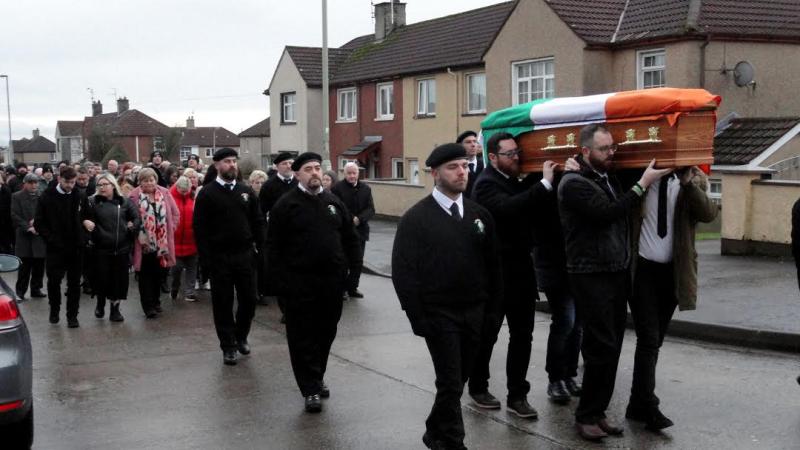 The funeral cortege of Veronica Taylor making its way to St Mary's Church for Requiem Mass.

The funeral of Veronica Taylor, from a well-known Derry republican family, took place in the city yesterday.
Mrs Taylor passed away peacefully at Altnagelvin Hospital on Monday last (16 December).
The funeral corthege left the family home at Broadway, Creggan for Mass at St Mary's Church Fanad Drive and Mrs Taylor was interred afterwards in Derry City Cemetery.
The deceased is survived by her husband Willie, sons William and Tony and daughters Cathy, Isobel and Joanne and her grandchildren.
Prior to her removal for burial from St Mary's, Mrs Taylor's coffin was draped in the national flag and her remains were flanked by members of the republican movement.