A revolutionary technique credited with huge improvements in health and mental well-being and athletic performance is now available in Derry for the first time. 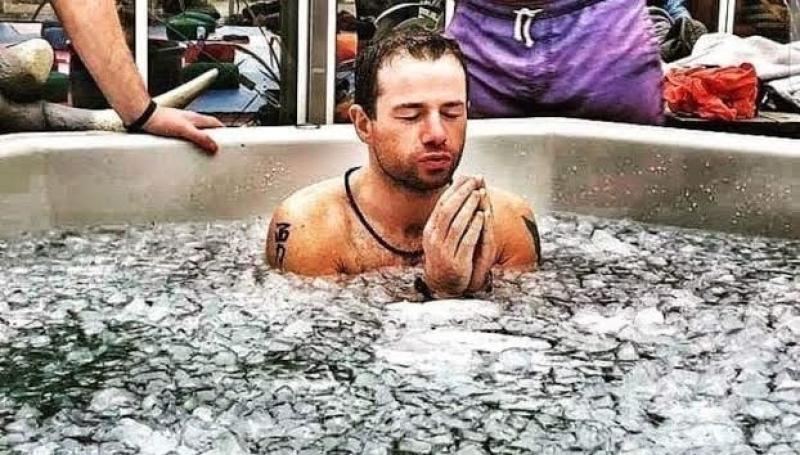 A revolutionary technique credited with huge improvements in health and mental well-being and athletic performance is now available in Derry for the first time.
Created by Dutch multi-record holder Wim Hof, known as the Iceman, the method consists of three pillars - mindset, breathing techniques and cold exposure.
Local man and former international triathlete, Aaron Deane, has been trained in the Netherlands by Wim Hof himself and is now keen to pass on the benefits of this experience locally.
He said: “Going into frozen lakes, rivers and oceans or even an ice bath out in the back yard at 6.00am every morning might seem daunting at first but that is my routine now and it has helped transform my life.
“Cold exposure is one of the elements of the Wim Hof Method along with the breathing techniques and the focus on a positive mindset. Since I began practising it, I have never been in better shape physically and mentally.
“I found the method two years ago after suffering from chronic adrenal fatigue and depression. I wasn't finding answers from the doctors or the medication and I was fearing that this was the way things were going to be from then on.
“But, then I came across the Wim Hof method and after just one session I got the first indication that something had worked in my body. After a week, I felt completely different and after a month, I’d never felt as good in my life.”
So convinced is he of the benefits of the Wim Hof method, Deane is determined to ensure it is available locally. “I travelled back and forth to the Netherlands  learning directly from Wim Hof and now I am one of only a handful of qualified instructors in Ireland.
“I believe this can be a game changer for athletes and anyone of any age who is looking to make a positive intervention in their own health and well-being. It will also be hugely beneficial to singers, public speakers and anyone in need of boosting their self-confidence.
“The Wim Hof method has been subject to a number of major scientific studies and the conclusions are clear regarding the improvements on general well-being, mood, anxiety and panic disorders, depression, heart health, inflammation diseases, respiratory system and even athletic performance.”
He concluded: “It’s a simple method but the results are truly amazing.”
Deane, who is also a human blueprint coach yoga teacher and breathing coach, now runs a company called PrimalEire offering instruction in the Wim Hof method. Every Sunday morning he invites people to the beach to explore the cold water under professional supervision and to explain its many benefits. He will be running a day’s funda- mentals workshop at DQ Fitness in Newtown- cunningham on December 28th, further details of which can be found through Facebook at PrimalEire or Aaron Deane. He added: “I have had the benefit of learning from the Dutch master himself but anyone can grasp the fundamentals of the Wim Hof method so why not come along, embrace the cold and change your life for the better.”