Brave young Derry cancer survivor, Caleb Williamson, accompanied by his father Darren, was given the privilege of cutting the ribbon to officially launch the Christmas window display in the Cancer Research shop, Ferryquay Street . 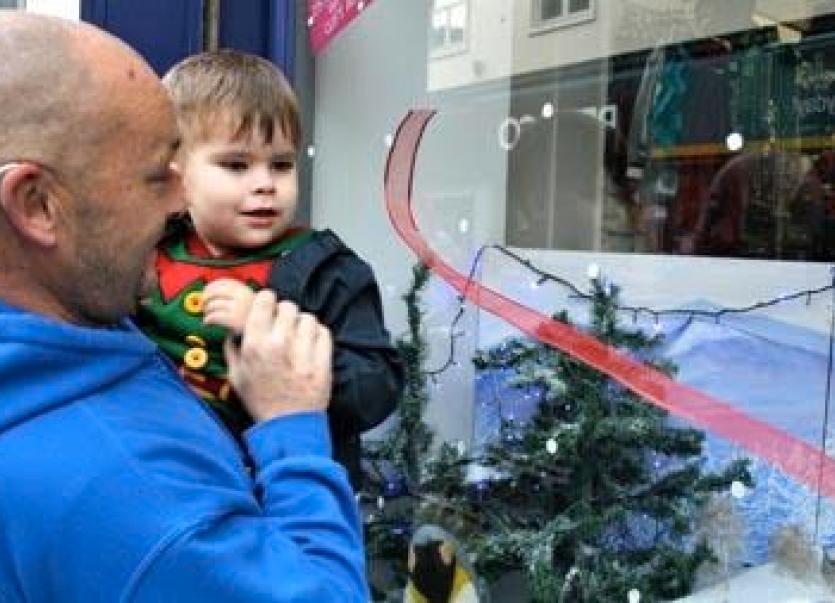 Caleb and his father, William, cutting the ribbon to open the Christmas window display at the Cancer Research shop.

Brave young Derry cancer survivor, Caleb Williamson, accompanied by his father Darren, was given the privilege of cutting the ribbon to officially launch the Christmas window display in the Cancer Research shop, Ferryquay Street .

Caleb was diagnosed shortly after birth with retinoblastoma and following extensive medical treatment in Dublin, he was transferred to the Royal Hospital for Sick Children in Belfast where he underwent chemotherapy.

He spent almost another year travelling to and from a facility in Switzerland benefitting from their specialised therapy before being admitted to a hospital in Birmingham for further treatment.

Caleb, who is now three, is recovering well after a brave fight against the disease, started attending pre-school earlier this month. His parents would like to take this opportunity to thank everyone in “this wonderful benevolent” city for their help, support and kindness towards Caleb which, they stressed, was so beneficial in seeing him through three years of serious medical techniques.

The window was entered in the City Centre Initiative competition for the best decorated shop window in the city this Christmas.