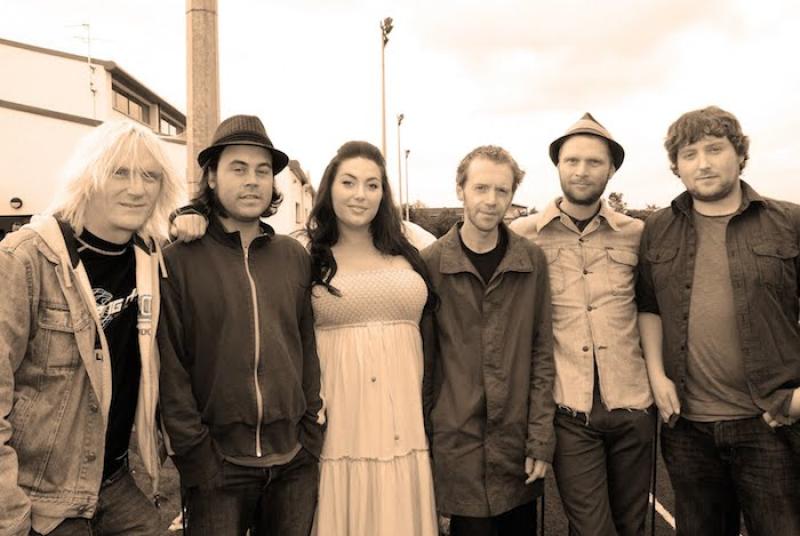 Balkan Alien Sound Orchestra will be playing upstairs in Tinney's on December 29.

It’s that time of year again, people that never go out all year round put on ridiculous jumpers and questionable suits and go to twelve different bars, having a drink in each and ignoring the musicians and DJs having their own horror story in the corner.
Luckily these people are musical experts and are all too willing to share their fountains of knowledge, making for heart-warming scenes that inspire happy endings for films.
I can hear you scrambling for your hats and scarves already, but slow down. Before you get distracted by whatever nonsense the council have paid someone that hasn’t got the first the idea what’s going on in this town to entertain you, let your uncle Kev guide you through the unmissable events occurring round this festive season.
After a serious round of promotion for their first album, Phillip J Wallace and Oisin Cannon are readying their follow up. They’ve given hints live of riffier times ahead and their last single “Beatz Ahoy” and the word on the street is there’ll be a new album sometime soon.
Armed with some of the finest tunes, weirdest set up and best delivery Waldorf & Cannon play Bennigans on Monday, December 23 with Teknopeasant (I know, where has he been) and me firing out a lock of tunes in between times.
They released their debut album this year and have played some of the more well attended gigs in the town and Jeanette and Noella Hutton have shown every band in town what a heap of fantastic tunes can done. Never mind the pointless online falsehoods, these two really do let the music do the talking and their quirky shows take things off the beaten track.
Their album launch in the Sandwich Co was one of the biggest gigs in the town this year and Blood play Gwyn’s Café in Brooke Park on Boxing Night, it’s an early one and doors are at 7.30pm and there’s a strict 10.30pm curfew, it’s a bring your own booze event and access is only through the Creggan Hill gate.
Also, that night, Red Organ Serpent Sound play the Nerve Centre with Dirty Faces and Foreign Owl.
This is the third home gig of the season for arguably one of the most exciting live acts around. Following up the rammed Nerve Centre reunion gig with a Bonfire Night Gasyard gig Red Organ Serpent Sound only do thing big, with every note designed to land directly in your face the five piece will again take the roof off the Nerve Centre.
Following the release of their second album demos before their first album has been released has highlighted the fact that this is not a band that does the expected, live they’re something else altogether and you can expect…what did I tell you about expectation? Tickets are £10 and probably won’t last.
Anywhere else in the world Balkan gypsy folk music might seem a little out of place and the talents of the Balkan Alien Sound Orchestra might go unheard. In true Derry tradition they shortened the name and on Sunday, December 29, Basork will be playing upstairs in Tinney’s. They’ve had a single out this year and their Marty (Coyle obviously) has been over in Bulgaria showing 'themmins' his stuff and letting them show him a thing or two, he’s a good egg like that.
The band are launching their single at the oddest time of year but такъв е животът as they say in Bulgaria. They’ll be playing with Duozouk and Paul Brown will be playing tunes from all the corners of the globe, doors are at 8 and tickets are 5…. punts.
I know I swore that that was it for the gigs and all, but Dutch Kills will also be coming out of semi-retirement for a secret special gig inside Bennigans, I’ll announce it next week. But that’s pretty much it. All the above will be peddling their wares and you’ll be able to pick yourself up a cd, record or t-shirt and support an artist for the year ahead. And THAT is the important lesson to learn this Christmas, not the redemption of Ebenezer Scrooge or George Bailey and the angels, no it’s that people who make their living from their art and music do it by being supported all year round.