Director of the NW Migrants Forum has said she is 'absolutely delighted' both Council's have supported calls to amend the Common Travel Agreement (CTA) between Ireland and Britain. 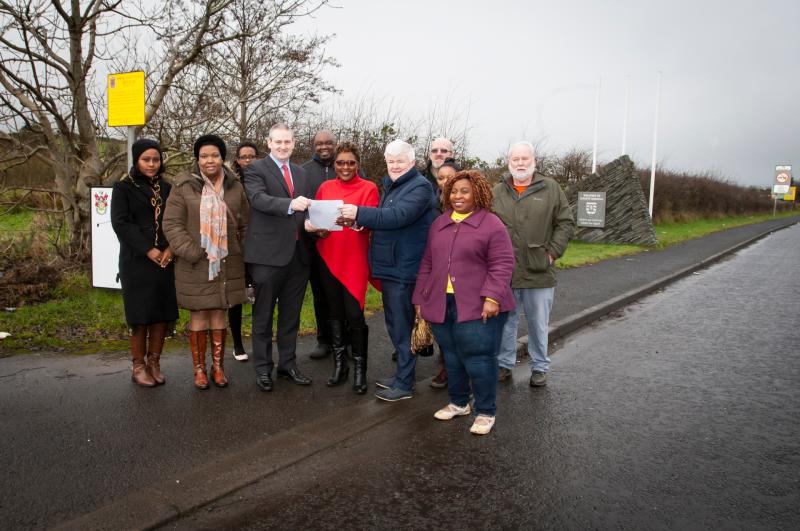 The Director of the North West Migrants Forum has said she is 'absolutely delighted' both Derry City and Strabane District Council and Donegal Co. Council have supported calls to amend the Common Travel Agreement (CTA) between Ireland and Britain.
Lilian SeenoI-Barr said the passing of motions at both council meetings last week was 'most welcome and much appreciated' by many migrants here as the Agreement as it currently operated discriminated, she claimed, against non-European people living on the island of Ireland'.
Speaking yesterday Mrs Seenoi Barr explained why the amendment was necessary: "As someone who came from a non-EU country I experienced many of the restrictions the CTA imposed on me. For example, despite the fact I lived in Culmore I could not, quite literally, go half a mile down the road to Muff to buy a pint of milk. If I crossed the Border I was committing a crime. And this was despite the fact I was living in the North legally."
She went on: "The Common Travel Agreement was first agreed about a 100 years ago, in very different circumstances. I don't think it was envisaged back then that people from Africa or wherever would be living here. But that's how it is now.  EU citizens can move freely between the North and the South, but if you are not an EU citizen you can't.
"I know of a nurse from South African living in Letterkenny who was detained for three days because she went to visit relatives in Scotland using Belfast airport. A Syrian boy in Belfast with a life-threatening heart condition needed emergency treatment that was only available in Dublin. Civil servants literally worked around the clock to sort out the red tape to ensure he could get that treatment. A young student in Derry couldn't go on a school trip to Dublin because she needed a visa. Every day we hear more and more about the impact of these kind of petty restrictions."
Thanking everyone involved she said she wanted to acknowledge the support of all councillors from the various parties who supported the motions calling for amendment to the CTA submitted by Councillor Martin Reilly in Derry and in Donegal by the chairman of Donegal Co. Council, Councillor Nicholas Crossan, who has also confirmed that Donegal Council has send a letter to the Taoiseach and the Minister for Foreign Affairs on the issue.
The North West Migrants Forum has been to the forefront in leading the campaign for the amendment and Director Seenoi Barr said she had had a number of meetings with councillors and other interested parties in recent weeks seeking their support to ensure that this was seen as a cross Border campaign.
She has also been in constant touch with the British Council to get their backing.
Mrs Seenoi Barr concluded: "The CTA needs to be amended because it is no longer fit for purpose. Times have changed.  If we are serious about inclusion and belonging then we must stand up for people across all sections of the community who are being discriminated against or being treated unfairly. Our objective is to ensure that all who live legally on the island of Ireland have the same rights as privileges as each other.
"I have spoken to many elected representatives, on both sides of the Border and in Britain, and as we have clearly seen in recent days there is real support for getting it changed.
"And we here at the North West Migrants Forum will be leading from the front in the campaign to ensure that it is."