Magee on Music: I turned my face away and dreamt about you 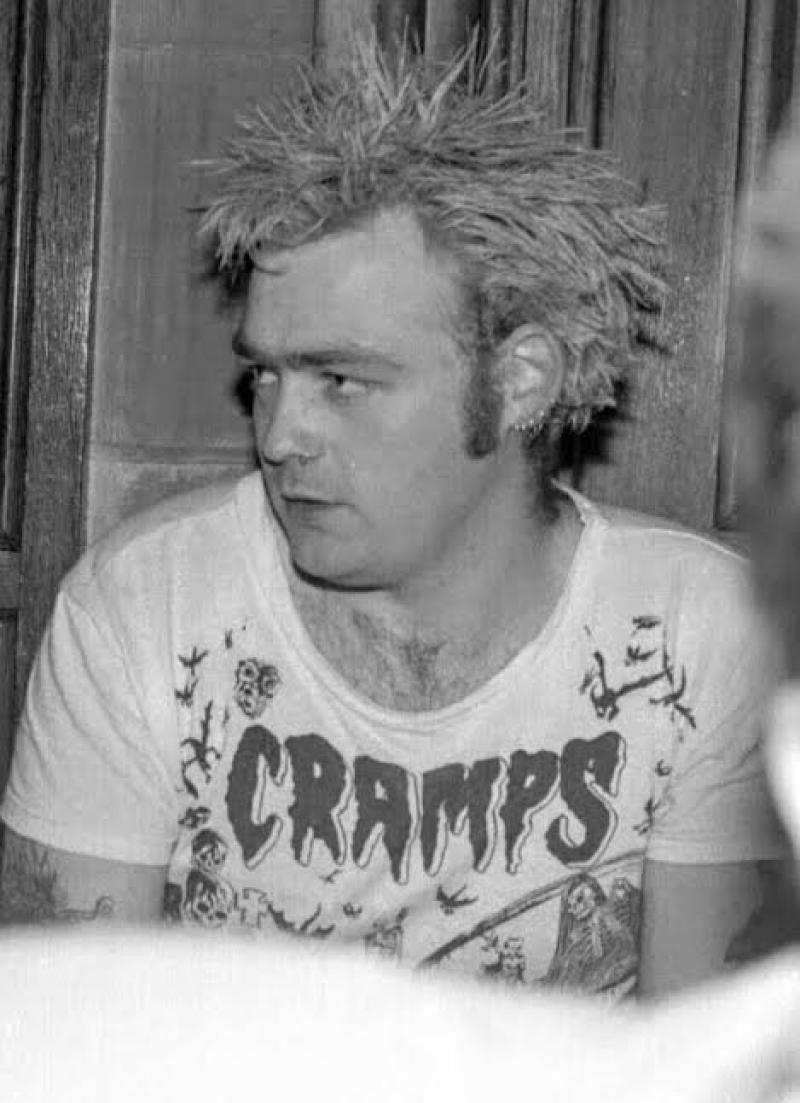 I knew him from gigs and as a customer of Cool Discs when I worked there.
More than that though I felt I knew him more through other people’s recollections of him and to deliver the eulogy I give you me and Mickey’s friends.
Joe Brown said: “Derry sadly lost a man you don’t meet every day. There was nothing lying beneath, no agendas, no jagged edges.
“A rock solid partner to Breige and an inspirational man of music, art and literature. I saw his band Idol Threat with The Undertones a number of times and became friends with him in the early 80s, going to gigs.
“People were drawn to him and the inspirational effect he had on them. I heard so many bands for the first time through his record collection. I’ll always remember Mickey as a man who embraced life and had an incredible gift of bringing people together, loved a party and kept me from going sane Derry feels like a different place without him, every now and then nature conjures up someone very unique and special, who so many had barrels of affection for and who’ll be sadly missed by us all”.
Mickey Rooney said: “His flat was always open to the outsiders, his heart was open to all no matter what creed or colour and his mind was always open to whatever experiences came his way”.
Raymond Gorman said: “There was definitely no one like him, it took real guts to dress as a punk back in the day, it was a very violent time, Mickey was fearless and hated bullies. The last time I spoke to him he was enthusing about his latest music pourchases and gigs he’d been to. I think he’d be annoyed with everyone being too sad about his passing, remember him with the smile he put on your face when you met him”.
Louise McIntyre said: “I first knew Mickey as a teenager growing up in the Brandywell, he was in my older brother’s class in school, I never actually got to talk to him back then as he was a quiet sort.
“My earliest memory is looking across at Mickey’s backyard flat roof extension roof and seeing him lying up there with a small radio to his ear listening to his music, even then I knew he was different / cool. Several years later we crossed paths again and became a true friend; he was doing best man at our wedding. He always remembered birthdays and special occasions.
“Mickey stood head and shoulders above everyone else in more ways than one. He was an inspiration and a Derry legend. I somehow hope that he knew this, and that Derry will be an emptier place without him. Thanks for the memories Mickey xx”.
Liz Brown said: “One of lasting memories I'll carry of Mickey was his genuine love and kindness towards his friends and loved ones. Like gravity, Mickey had an unseen force that pulled people together and kept their feet on the ground”.
Paul McCartney paid a touching tribute in the Journal the day of Mickey’s funeral.
“As the 1980s began, you’d usually touch base with Mickey in the town centre on a Saturday. He had a band called The Idol Threats and soon the band I played in, Graffiti, ended up regularly supporting them. I don’t think I saw a local group as musically adventurous until That Petrol Emotion came along. It was a million miles apart from The Undertones and The Moondogs and Mickey was crucial to this process. He wasn’t just the drummer - he was the lyricist also. Just as the music was very involving and mysterious, so, too, were the words and song titles - ‘Lonely Beach Now,' ‘Postcard from Abroad’ and the legendary ‘Little Green Men on The Moon.'
Mickey was a kind and generous guy, but also grateful and reciprocal for everything he received. He remembered everyone’s birthday and was always there with a card or gift. He constantly exuded a spirit of fun and that amazing sense of humour of his was just non-stop and incredible - you simply didn’t know what would come next.
“Politics? He didn’t do them, and they did not happen in the many get-togethers in his legendary Abercorn Place flat. I think I can genuinely describe him as an “Enemy of Sectarianism”. When Mickey was cruelly affected by ill health in recent years, this sense of civility never eroded. So lucky are many of us for having this wonderful and inspirational human being around for many years”.