The Public Prosecution Service (PPS) has confirmed that it is reviewing decisions not to prosecute nine soldiers for their actions on Bloody Sunday after receiving legal submissions from law firm Madden & Finucane. 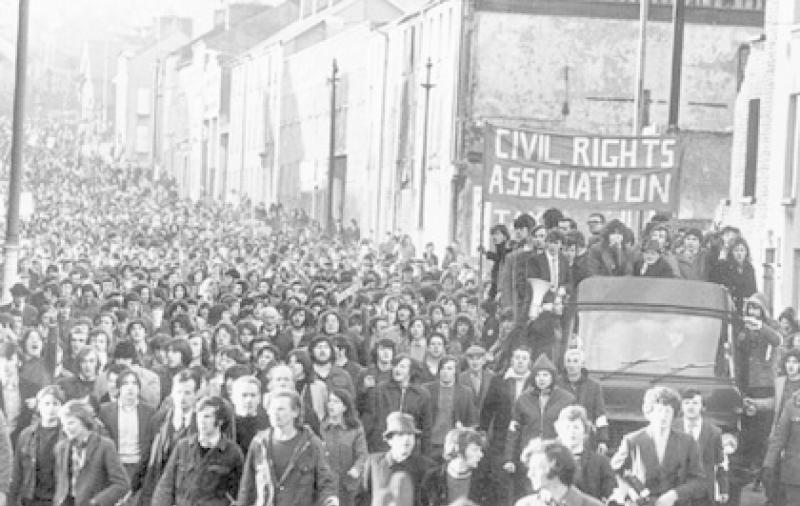 Fourteen men died and a further 14 people were injured as a result of the Paratroop Regiment's actions on Bloody Sunday.

The Public Prosecution Service (PPS) has confirmed that it is reviewing decisions not to prosecute nine soldiers for their actions on Bloody Sunday after receiving legal submissions from law firm Madden & Finucane.
The law firm represent the bulk of the Bloody Sunday victim’s families, but other legal teams are understood to have made separate submissions to have cases reviewed by the PPS.
It is also understood the law firm asserted that Soldier F, who is facing charges of murder and attempted murder, should face further charges in relation to the events of 30 January 1972 in Derry.
In March this year, Soldier F was the only British ex-serviceman deemed to face charges in relation to Bloody Sunday. He is to be charged with two counts of murder in relation to the deaths of William McKinney and Jim Wray and five counts of attempted murder in relation to Joseph Friel, Michael Quinn, Joe Mahon and Patrick O’Donnell (deceased). The identity of the fifth person in respect of a charge of attempted murder has yet to emerge.
Soldier F did not appear at Derry Courthouse in September to face the charges laid against him after his defence team said it required more time to consider the evidence against him and the case was subsequently adjourned. The case is due in court again on Tuesday next, 4 December.
The PPS said in March that it recognised the “deep disappointment” felt by many of the Bloody Sunday families after the decision to prosecute only one soldier for Bloody Sunday. Eighteen files had been sent to the PPS by the PSNI for consideration of prosecution and two files on former Official IRA members had also been considered.
However, the PPS decided there was not enough evidence in the remainder of the cases to reach the accepted threshold for prosecution.
Thirteen civil rights demonstrators were shot dead by soldiers of the Parachute Regiment almost 48 years ago in the Bogside. A 14th victim later succumbed to his injuries.
In 2010, all of those killed and wounded on the day were totally exonerated from any wrongdoing by the Saville Tribunal that took 12 years to reach its findings.
It is understood the substantial request for a review of the PPS decisions from Madden & Finucane argues that public prosecutors “erred” in their original decision.
In response, a spokesperson for the PPS said: “The PPS is currently reviewing decisions not to prosecute a number of suspects to prosecute by police in connection with the events on Bloody Sunday, as requested by a number of victims and families of deceased persons involved.
“Detailed legal submissions were recently received and the PPS is now in a position to progress these reviews.
“It is not possible at this stage to give a timeframe for this process to be concluded. We will continue to keep the families and the victims informed.”