A winning Lottery dream has come true for a young Derry boy. 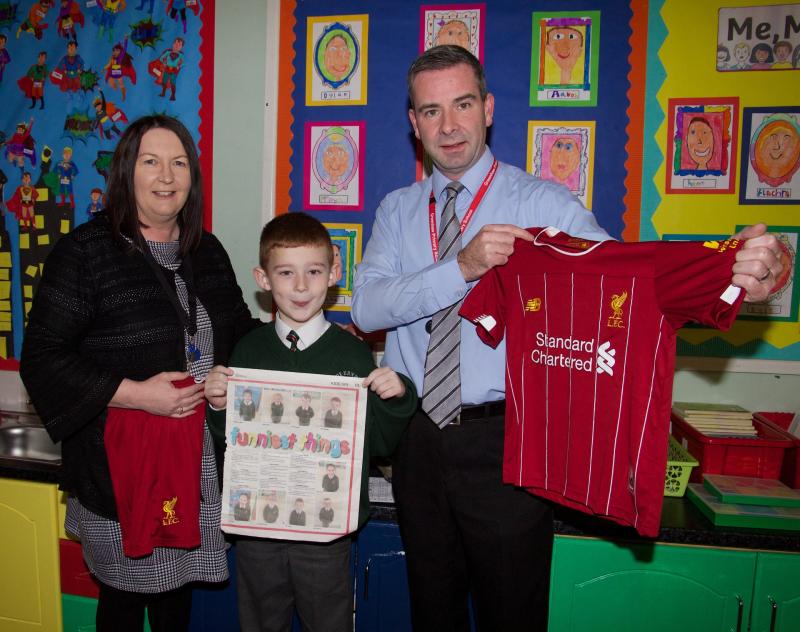 A winning Lottery dream has come true for a young Derry boy.
A kind-hearted Derry News reader has helped the nine-year-old's wish come true after finding out they were both Liverpool Football Club fanatics.
Kai Ramsey (9), from Greenhaw Primary School, recently took part in our weekly “Kids Say the Funniest Things” feature in which he was asked what he would buy his family if he won the Lottery.
He told us he would splash out on “a mansion with one million rooms with  a football pitch too and a bowling alley.”
And being an ardent Liverpool FC supporter he said would treat himself to “new Liverpool home and away kits.”
His true red answer caught the eye of a business man who shares his passion for all things Liverpool and decided to treat Kai to a new rig.
The kind-hearted donor, who wanted to remain anonymous, said he was “touched” by Kai's “commitment to the team.”
"We all know that children say the funniest things and this was certainly noted by a keen Derry News reader who particularly liked what one of our pupils said he would do if he won the Lottery," explained Greenhaw principal Shaun McLaughlin
"Kai decided that if he was to win he would love to buy the latest Liverpool kit, amongst other things of course.
"The Derry News reader duly noted this and decided to make some of Kai’s wishes come true by purchasing the kit for him."
Kai and his family were bowled over the generosity of the kind reader and bought him a large selection  of Liverpool FC merchandise to thank him.
Speaking after presenting the kit to Kai at the weekly school assembly, Mr McLaughlin, commented: ‘I would like join Kai's family to say a big thank you to the kind gentleman who made a little boy’s wish come true.
"This was a very thoughtful gesture that I’m sure Kai will always remember.
"I have now told all the pupils to think really carefully about their answers should a Derry News reporter interview them in the future. You just never know what could happen.”