Derry City and Strabane District Council’s CLIMATE adaptation officer, Cathy Burns, has met with the President of Iceland Guðni Th. Jóhannesson during the final meeting of an innovative CLIMATE Project 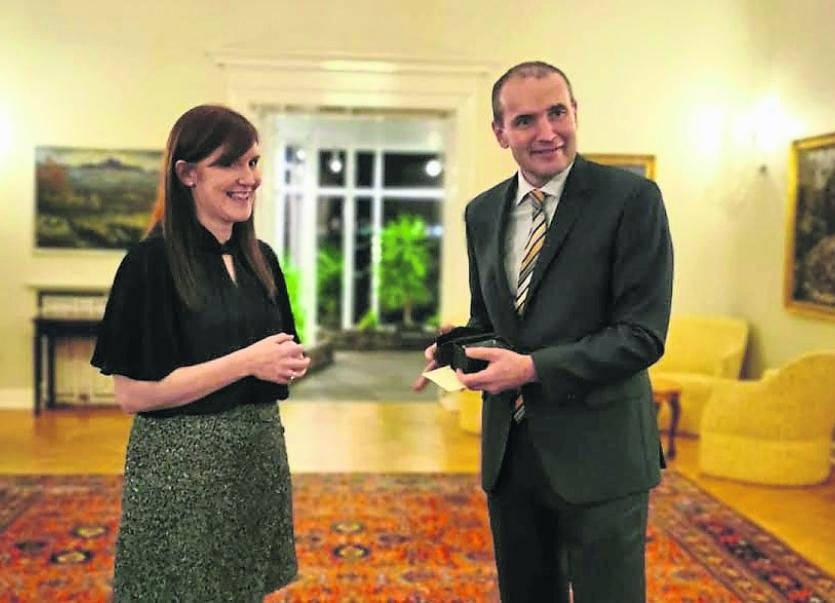 Derry City and Strabane District Council’s CLIMATE adaptation officer, Cathy Burns, has met with the President of Iceland Guðni Th. Jóhannesson during the final meeting of an innovative CLIMATE Project taking place between Council and other countries inacluding Iceland, Sweden, Norway, Faroe Islands, Republic of Ireland and Denmark.
The Council officer presented the President with a gift on behalf of the Mayor of Derry and Strabane, Councillor Michaela Boyle, as an acknowledgement of the work Iceland has carried out in conjunction with Council to develop an action plan to mitigate against the worst effects of climate change.
The CLIMATE project - Collaborative Learning Initiative Managing and Adapting to the Environment (CLIMATE) - will tackle climate change on local and regional levels through using models of best practice to develop climate adaptation plans for implementation in the city and district.
This €1.3m project is part funded by the ERDF Northern Periphery and Arctic Programme 2014-2020 and Derry City and Strabane District Council is the lead partner.
Speaking after the meeting Ms Burns explained more about the project. “As a local authority we have a dedicated taskforce aimed at making us more resilient to climate change. This includes improving our green infrastructure, helping communities become more prepared in terms of emergency planning and ensuring that climate adaptation is included in our community planning.
“We are fortunate to have been involved in a trans- national CLIMATE Pro- gramme to develop a climate adaptation plan sharing knowledge and learning with other countries including Iceland and are honoured to have been given the opportunity to meet their president to express our gratitude.” The CLIMATE project in- volves partners and stake- holders from four different regions; Northern Ireland, Sweden, Rep. of Ireland and the Faroe Islands, in addition to Associate Part- ners from Finland, Scotland, Norway and Iceland.