Altnagevlin Hospital Choir has made its biggest single charity donation in its 25 year history. 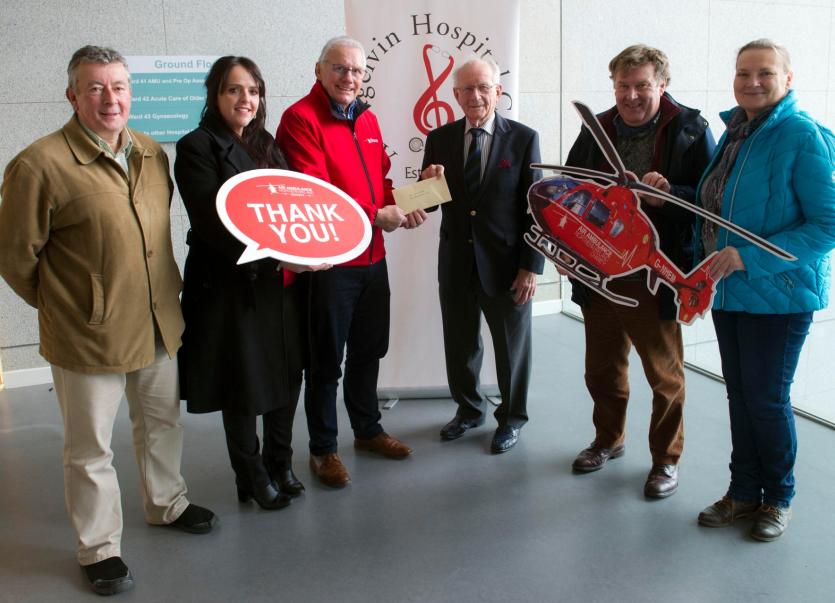 Altnagevlin Hospital Choir has made its biggest single charity donation in its 25 year history.
Members of the group have handed over £3,000 – proceeds from the 2018-2019 season - to Air Ambulance NI. It brings the total donated to 20 different charities and local good causes to over £30,000.
The choir varies in number each season from 40 to 60 members as medical staff and students come and go, and is made up of workers in the caring professions including senior, world-renowned doctors and medical professionals as well as administrators and like-minded people from outside the medical sphere.
The choir is aholder of the Queen’s Award for Voluntary Service and is a registered charity with the Charity Commission NI. The choir performs two annual concerts in major venues in the city as well as an annual Carol Service around the local churches, this year performing tomorrow week (Tuesday, 3 December) in Kilfennan Presbyterian Church at 7.00pm.
Jim Kelley, the choir's charity officer, said: “For many choir members, our most significant contri- bution to the musical life of Derry comes during the memorial service for those whose loved ones have died in the Intensive Care Unit of the hospital during the year held every November.
“And close to Christmas, we sing around the wards, progressing through the hospital bringing the wonderful sound of Christmas carols to those whose Yule will be spent there rather than at home with those they love. For me, the climax is our last stop, singing 'Away in a Manger, in the maternity unit, often to babies but a few hours old.”