A rising Derry tenor is to headline a special “Night of Celebration and Song” in Belfast's iconic Ulster Hall, Belfast on 6 February next. 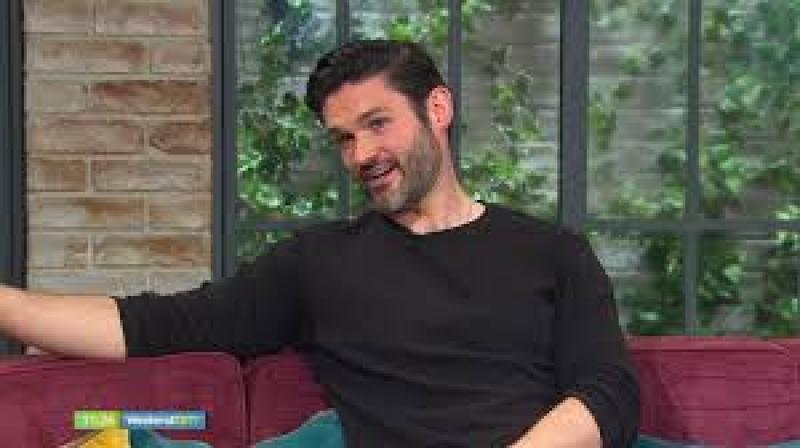 Derry tenor, George, Hutton, the headline act at a “Night of Celebration and Son” being held in the Ulster Hall in February

A rising Derry tenor is to headline a special “Night of Celebration and Song” being hosted by leading older people’s charity, Age NI, in Belfast's iconic Ulster Hall, Belfast on 6 February next.
The concert, taking place on 6 February, will also feature performances from Donaghadee Male Voice Choir, The Lagan Seahorses and Victoria College school choir.
Derry singer, George Hutton, is no stranger to the stage, having performed across the globe with Columbia Artists production “The Five Irish Tenors” as well as Hozier, Glen Hansard, Tommy Fleming, Moya Brennan and Phil Coulter.
Speaking about the upcoming concert and why he chose to support Age NI, George said: “I am absolutely honoured to have the opportunity to headline at the Ulster Hall alongside a group of very talented local choirs and musicians.
“It’s a dream come true for me, especially as I will also be launching my new album on the evening as well! What makes the evening extra special is that we’re coming together to support a very worthwhile cause, and helping Age NI be there for older people who have no one else to turn to. I’d encourage anyone looking for a great night out in Belfast to buy their tickets now, and get together to make a difference to older people who need it most.”
A “Night of Celebration and Song” will also fittingly mark the charity’s 10th anniversary, celebrating all the work Age NI has achieved for older people in Northern Ireland in the last 10 years.
Funds raised from concert ticket sales will go towards helping the charity provide vital advice, care and support to older people across Northern Ireland.
Age NI’s head of fundraising, Nadine Campbell, said “This year, Age NI celebrates its 10 year anniversary, marking the merger of Help the Aged and Age Concern in April 2009, to form Northern Ireland's largest charity for older people. What better way to celebrate this achievement, than to bring together the very best of Northern Ireland’s classical and choral talent for a 'Night of Celebration and Song.'
“With a line-up of fantastic local artists, bands and choirs, it’s set to be a night not to be missed.
“We also hope to raise £10,000 from the evening, to enable us to continue supporting older people to stay independent and connected in later life.
“We’d encourage you to get together with family, friends and work colleagues and join us for an evening of entertainment.”
A “Night of Celebration and Song” is being sponsored by ViVO Northern Ireland. Laura McKee, the group's corporate marketing and communications executive, said: “We have a long history of working with Age NI, supporting older people in communities across Northern Ireland. We’d encourage people to support this fantastic event and give what they can to help fund Age NI’s vital services for older people.”
To find out more about the a “Night of Celebration and Song” and to get tickets, go to www.ageni.org or call the Ulster Hall Box Office on 028 9033 4455.