A BELLAGHY-based tour company is set to feature in a new Channel 5 travel series. 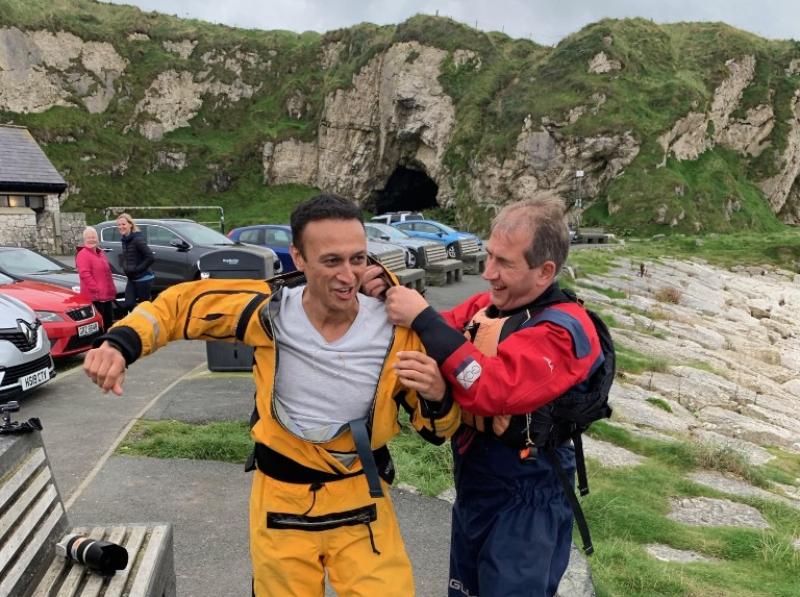 A BELLAGHY-based tour company is set to feature in a new Channel 5 travel series.
InSite Tours Ireland was picked to help showcase the beauty of the north in brand new show Holidaying with Jane McDonald.
It's after TV bosses were impressed by the Co Derry firm's glowing Trip Advisor reviews and top selling ‘Highlights of Northern Ireland’ tour.
They then got company director Fergal Kearney on the phone who agreed to take part in the series.
The Belleaghy team will feature in an episode dedicated to Northern Ireland set to be broadcast in the new year.
Filming for the new show – presented by singer Jane McDonald - has also taken place in Greece, Italy and Spain.
The TV programme will see a host of celebrities travel over Europe and experience local delights with
A two-day filming schedule at the end of September featured Emmerdale actor Chris Bisson, who plays Jai Sharma in the ITV show.
The actor accompanied Fergal on a trip through the Glens of Antrim.
The show focused on the landscape and the history of the region, as well as the food offering and water based activities.
The overall aim is to appeal to viewers who like immersive and authentic experiences when they go on holiday but aren’t afraid to, literally, get their feet wet.
Viewers will enjoy segments on the history of the ancient Irish Kingdom of Dalriada, including a trip to historic Glenarm Castle. The waterfalls of Glenariff - Queen of the Glens - will also be a key feature along with the culinary and seafood offering that is a key feature of the holiday experience in Ireland.
Local kayaking group the Portglenone Paddlers were also on hand to introduce Chris to the water based activities that can be enjoyed on the Northern Ireland coastline.
They launched from Ballintoy Harbour where the film crew also got on board for some brilliant footage of the coastline from the water.
Commenting on featuring in the series, Fergal said: “It is always a pleasure to show people around the place I call home, usually couples on private tours, so it is particularly exciting for my small company to reach a potential audience of millions, showing them the unique and authentic Ireland that more and more people are looking for.”