Welcome for £102,000 funding for Strathfoyle Greenway 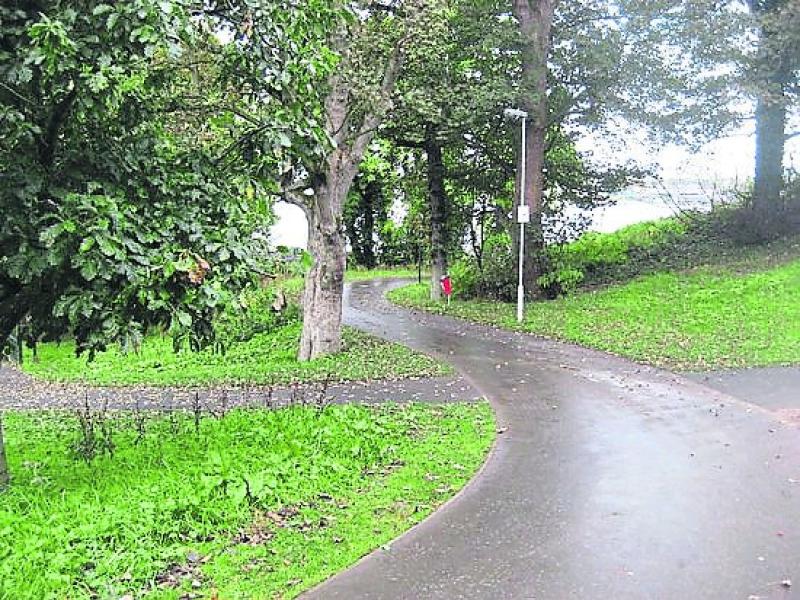 The repair of lighting along the Waterside Greenway has been welcomed by Councillor Martin Reilly.

An allocation of £102,000 to Strathfoyle Greenway by Derry City and Strabane District Council’s Governance and Strategic Planning Committee has been weclomed by SDLP Foyle MLA, Mark H Durkan.
He said the “substantial” loan charge provision from Council’s Capital Fund would progress the purchase of lands.
Mr Durkan said: “This is good news not just for Strathfoyle but for Derry as a whole.
“I have worked with landowners to secure the transfer of this land to Council and continue to work alongside community activists and others, to identify and attract the funding from central government that will be required to build the greenway.
“Developing active travel routes such as this one prioritises pedestrians and cyclists and is key in tackling a myriad of issues including health and well-being and will prove a huge boost to the local community. I am pleased that this investment has been approved by council and I’m hopeful that will see more progress of this project in the near future.”
Meanwhile, the SDLP group leader on the Council, Councillor Martin Reilly, has welcomed confirmation from Council officers that the lighting along the Waterside Greenway has been repaired. Councillor Reilly said:“I have been contacted by a number of people who’ve noticed that the lights serving the Waterside Greenway have suffered a blackout meaning it was discouraging use and raised obvious safety concerns.
“I was in touch with Council officers and appreciate their efforts to have these lights repaired.”
Councillor Reilly concluded: “This facility is extremely valuable in encouraging people out of their cars and off their sofa so I’m glad that this problem has received the positive attention it deserves.”