The annual Sinn Fein Ard Fheis kicks off in Derry tomorrow in the midst of the Westminster General Election campaign. 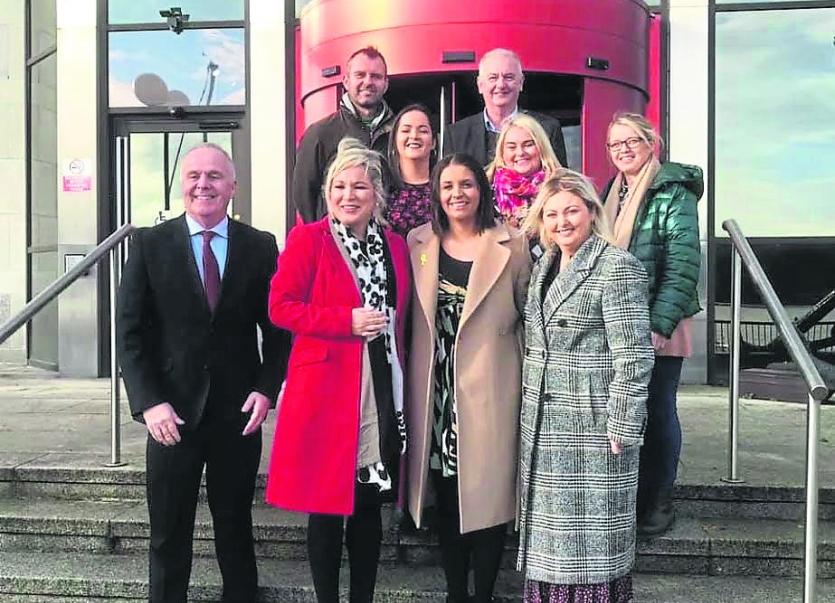 The annual Sinn Fein Ard Fheis kicks off in Derry tomorrow in the midst of the Westminster General Election campaign.
Taking place at the Millennium Forum, tomorrow evening will see the bulk of  Derry representatives take to the stage to address Sinn Fein members from across Ireland including outgoing Foyle MP Elisha McCallion speaking to the party faithful in her native city.
The battle for the Foyle seat at Westminster will undoubtedly prove one of the most keenly watched battles in next month's electoral contest.
Another point of intrigue this weekend will be the head-to-head contest between Michelle O'Neill and challenger John O'Dowd for the position of Sinn Fein vice-president and de facto leader of the party in the North. The agenda for the Ard Fheis was launched in Dublin yesterday morning by Donegal TD Pearse Doherty said he looked forward to welcoming delegates and members to the North West.
“This Ard Fheis comes at a critical time for our country. We are on a countdown to a general election in the 26 Counties, with four by-elections also happening on 29th November, as well as a Westminster election taking place in December; with Brexit looming shortly afterwards. “The motions on the clár for the 2019 Ard Fheis reflect all of this. We will discuss and deliberate 166 motions across all policy areas and lay out solutions to the critical issues facing citizens across the island.
“These include planning for Irish reunification, the need to deliver a large-scale public housing programme and a range of measures to improve the financial situation of workers and families, from reducing sky-high rents and ending the insurance rip-off to major proposals in respect of reducing the cost of childcare“
There will be a number of emergency motions in relation to Brexit and the Ard Fheis will also be addressed by the president of the Irish Congress of Trade Unions, Gerry Murphy, as well as by representatives from Palestine, Cuba and the ANC.
“More than 2,000 Sinn Féin members have registered to attend over the course of the weekend and Mary Lou McDonald will deliver her Presidential address at 8.30pm on Saturday evening. “The Ard Fheis comes at a time when the debate surrounding Irish unity is centre stage and, as the only party seriously committed to Irish reunification, planning for unity will feature prominently over the course of the weekend. There will be a fringe meeting on Saturday afternoon that will discuss the economic merits of a United Ireland with Professor of Economic Research at the ESRI, Seamus McGuinness, and we will publish a paper that outlines the facts surrounding the British subvention to the North and challenges some of the myths that are regularly peddled in that regard," he added.
Of local interest, tomorrow will be a discussion on “'”Planning for Irish Unity“' at 6.30pm which will be followed at 7.30pm by a keynote address from Elisha McCallion.
On Saturday from 11.00am, RTE will produce live coverage of events from the conference and on Saturday evening at 7.00pm there will be a section devoted to Brexit and International Solidarity.
The presidential address from Mary Lou McDonald is scheduled for 8.30pm on Saturday evening and will be prefaced by an introduction from Elisha McCallion.
For full details of the agenda go to https://www.sinnfein.ie/ contents/55344.