A Derry solcitor who represents some of the families of those killed on Bloody Sunday has said they should find out by Christmas if further soldiers could face prosecution in relation to their actions on January 30, 1972.
In March this year, the Public Prosecution Service (PPS) announced that one former member of the Parachute Regiment would face charges in relation to the deaths in the Bogside almost 48 years ago.
The man, known as Soldier F, is facing two charges of murder in relation to Jim Wray and Willie McKinney and five counts of attempted murder in connection to Patsy O'Donnell, Michael Quinn, Joe Friel and Joe Mahon and a person or persons yet unknown. 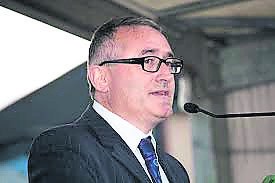 Soldier F's case is sechduled again for Derry Magistrate's Court next month after an initial hearing was adjourned in September to allow his legal team to consider evidence against him.
In March there was widespread anger and disbelief amongst the BloodySunday relatives that just one of 18 ex-servicemen was being charged in relation to the killings in the Bogside. Eighteen soldiers and two former Official IRA figures had been considered for prosecution by the PPS. Appeals against the non-prosecution of any more ex-Army personnel are now being examined by the PPS.
Speaking to BBC Radio Foyle, lawyer Paddy MacDermott said: "They are under consideration by the Public Prosecution Service, They have told us that as of September they are still awaiting further submissions from other solictors and that all should be through this month- by last week.
"So, I expect we should have some sort of decision, I hope before Christmas from the PPS on wheth5er they are going to change their minds in those cases."