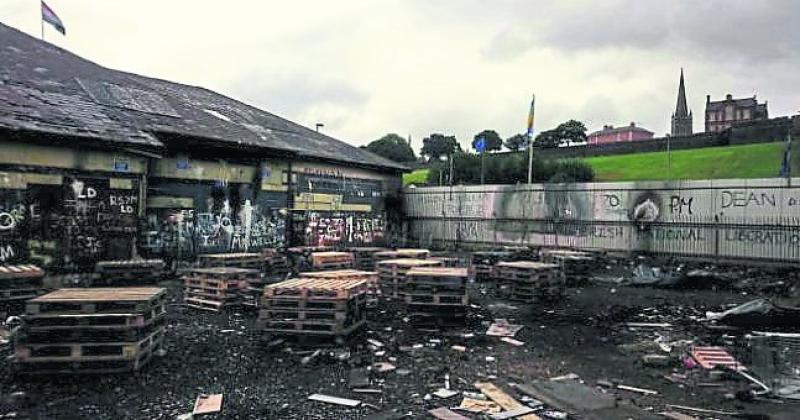 The Executive Office has engaged in positive discussions with the owner of a vacant Bogside site and it is anticipated that planned development will “transform” the area for residents.
Derry councillors have welcomed the news saying it is “long overdue” and local people should be consulted on any proposals.
The Urban Villages (UV) initiative had been planning to develop the site “for a range of purposes” incorporating youth and community facilities, social housing and small commercial units.
However, an unknown purchaser bought the land and discussions have been ongoing since between the owner and UV to see if agreement can be reached with regards to future development.
Overseen by the Executive Office (TEO), the UV initiative is designed to improve good relations outcomes and develop thriving places where there has been a history of deprivation and community tension.
It has now emerged that "positive discussions" have taken place between the Executive Office and the owner around redevelopment.
A spokesperson for The Executive Office said: “The Executive Office remains fully committed to regenerating Meenan Square as a key priority of the Urban Villages Initiative in Derry.
"Discussions with the new owner of the site have been positive and the Executive Office is currently developing a business case for the acquisition and development of Meenan Square.”
Sinn Féin councillor for the area, Patricia Logue, said there has been significant progress between TEO and landowner since the last report to council.
"There were issues but I do believe that they have been overcome and hopefully it will bring this to a conclusion,” she said.
"I would like to see movement on this very shortly, but I understand there is a process, the first being demolition of the existing building.
"My conservative estimate would be that in the Spring of 2020 I believe there should be some movement on the ground. I'm confident that issues have been overcome and there will be no more sticking points. It is imperative that the community is fully consulted on what is going to be there.
"I would encourage them to come to the meetings and have their say."
In addition, Cllr Logue said she has requested public realm works be carried out to enhance the surrounding area as it hasn't been refurbished in many years.
"There is the potential to transform the whole area and I have lobbied for it to happen," she concluded.
Independent councillor for the Moor, Gary Donnelly, said development was “badly overdue” as the area was very rundown.
“That in turn has had a negative effect on a lot of the residents living nearby and the place has become an eyesore and a magnet almost for a lot of issues that have a detrimental effect on the local community.
“It’s badly needed and this is a positive development, anything that can take that area forward is positive and long, long overdue.
“It’s vitally important that the local community is kept up to date and does have input because in the past that has been overlooked.”