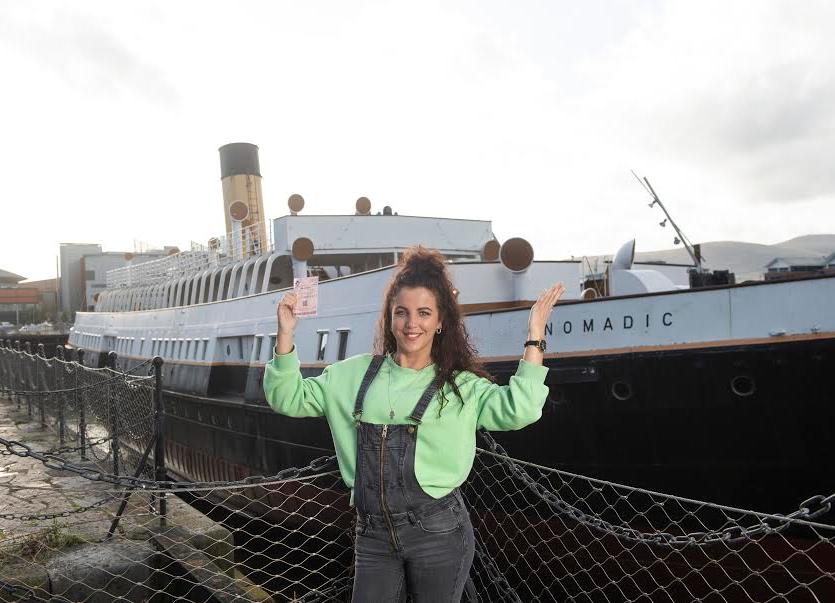 Derry Girls star Jamie-Lee O’Donnell has taken on a cheeky new role as skipper of the SS Nomadic as part of The National Lottery’s 25th birthday celebrations.

The local actor took the helm of the historic tender ship to the Titanic as part of the #ThanksToYou campaign which will see hundreds of National Lottery-funded venues offering free entry or exclusive offers to visitors with a National Lottery ticket. The offer will run from 23 November – 1 December.

She appears in a tongue-in-cheek film telling viewers she has ‘bought’ the boat with her acting earnings and gives her own unique guide to its history.

SS Nomadic is the last remaining White Star Line ship in the world and was restored to her former glory and returned home to Belfast’s Hamilton Docks thanks to National Lottery funding of £3.25 million.

Jamie-Lee joins three other celebrities, who all seem to think they live in treasured and historic places across the UK comedian Elis James at Cardiff Castle, rapper Big Narstie at Kenwood House in London and Love Islander Anton Danyluk at Abbotsford, the home of Sir Walter Scott, in Melrose, Scotland.

The tours showcase just a handful of the thousands of treasured and historic places funded by the National Lottery over the past 25 years, which together have brought about a renaissance in local heritage.