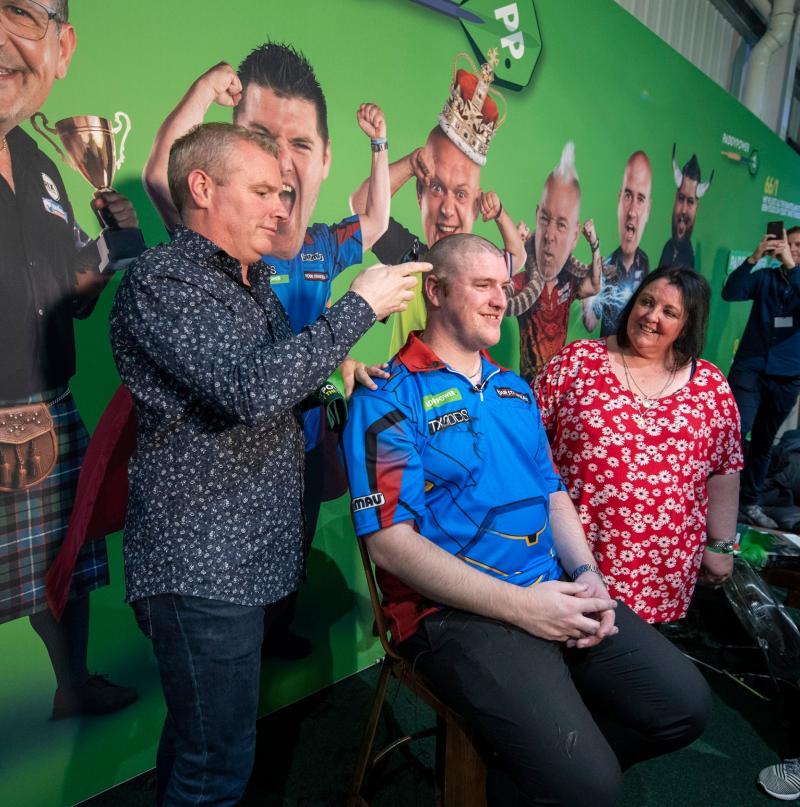 Derry darts supremo Daryl Gurney has smashed the fundraising target he set after shaving his head.

'Super Chin' embarked on the fundraising event in memory of his best friend Aaron McMenamin, who passed away in 2017 - aiming to raise a total of £10,000.
"The support I've had has been incredible," said Gurney. "I feel so different without my hair and I can throw the hair gel away, but it's for a great cause.
"I'll be trying to grow the hair back for the World Championship now. I've got a couple of months so hopefully I'll have it back then!"
"It's brilliant to reach the target, I want to thank everyone who contributed whether it was 50p or thousands of pounds," said Gurney.
"All the money raised is going to a great cause in memory of my best friend who dies aged just 29 and his sister who passed away six months earlier aged 24.
"The funds raised will help families coping with Cystic Fibrosis which can be a real struggle.
"One day when I turn up to the charity with a big cheque I'm sure it will put a big smile on peoples' faces.
"My hair is starting to grow back which I'm pleased about, I'm definitely not keeping it this short!"