Plans for £2.5m facelift for Maghera go on display 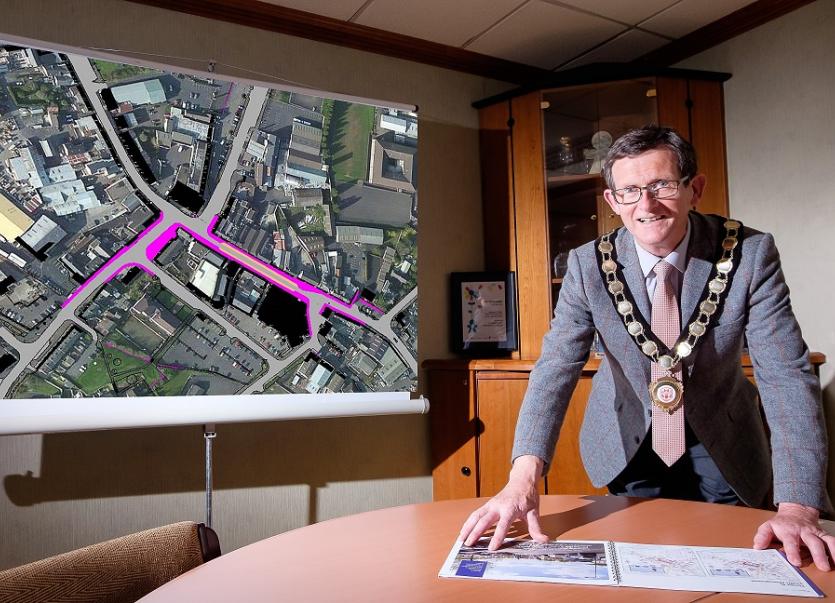 Plans for a £2.5 million facelift for Maghera have went on display.
Mid Ulster District Council's proposals for the multi-million public realm scheme were erected yesterday at the town's leisure centre where an information event on the designs will be held later this month.
The session will take place on November 27 from 2pm-8pm and will display the updated preliminary proposals based on previous feedback from businesses and the general public.
The proposed public realm scheme extends the length of Main Street, taking in parts of Coleraine Road, Station Road, Meeting House Avenue, Tirkane Road, Church Street, Glen Road, Hall Street, Bank Square and St Lurach’s Road.
The Council is seeking feedback on the evolving proposals that plan to transform the look of the town centre with new paving, street lighting, planting and street furniture, as well as to address substandard footpath widths, poor pedestrian access and traffic flow issues.
The preliminary proposals also seek to address vehicle congestion and queuing and substandard on-street parking in the narrow Main Street area of the town.
The preliminary proposals that have been identified following detailed traffic modelling include the creation of a one-way system where traffic flows in one direction north on part of upper Main Street.
Chair of the Council, Councillor Martin Kearney, is encouraging local people to take advantage of the opportunity to view the updated designs.
He said: “The proposed public realm scheme in Maghera represents an investment of £2.5m and will have a significant, positive impact on the town centre, its vitality and its accessibility in terms of traffic and parking.
“The updated designs are based on previous feedback received from businesses and residents so the information session provides the public the opportunity to view these for themselves, and to feedback their opinions on the new proposals for the scheme.”
The drop-in information event runs in Maghera Leisure Centre on Wednesday, November 27 from 2pm to 8pm. For further information visit:  www.midulstercouncil. org/magherapublicrealm  or email davina.mccartney@ midulstercouncil.org.