Bushvalley Amateur Radio Club (ARC) based in Limavady has picked up a UK award. 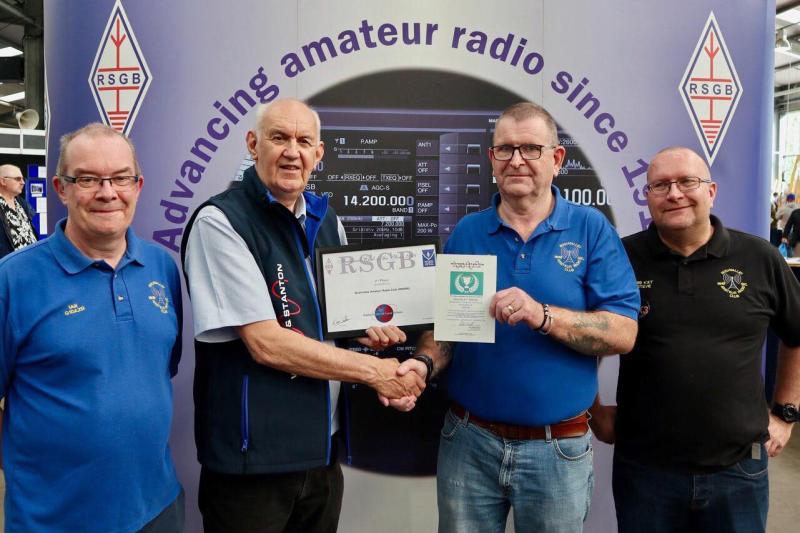 AN amateur radio club based in Limavady has picked up a UK award.
Bushvalley Amateur Radio Club (ARC) has been awarded a prestigious Radio Society of Great Britain accolade.
The local group were named as the Region 8 (Northern Ireland) winners after entering the awards earlier this year.
This year was the first year that the club size was not taken into accountsm i.e. small, medium and large, making the awards even more difficult to succeed in.
Over the past year the members at Bushvalley ARC have been extremely active by undertaking field trips to remote islands, mountain trails, summits and also partaking in churches on air, lighthouses on the air and local emergency radio coverage.
The team set sail to Newark-on-Trent to attend the National Hamfest - an event where the winners of the Club of the Year are announced.
Mr Jeff Stanton, Director of W&S PLC, presented he Limavady club with the runner up award.
Bushvallley ARC would like to thank everyone involved for their support and help brings this award to Limavady.
For anyone looking to get in touch with the club please feel free to visit - the last Thursday of each month at 8pm in the United services club Limavady or alternatively contact the club via their Facebook page 'Bushvalley Amateur Club'.