Out of this world project a huge success at Derry school 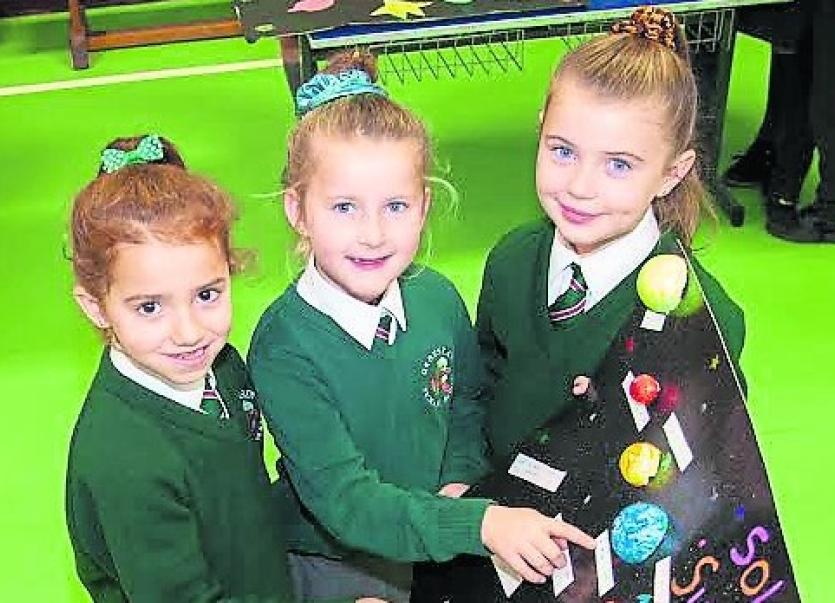 Evie, Grace and Kayla in discussion about space.

Pupils at a Derry primary school “reached for the stars” recently as they completed a project to find out facts about space and the outer galaxy.
Mrs Fiona O’Donnell’s primary five class completed the “Our World Around Us” topic, entitled “Reach for the Stars,” in which they learned all about the solar system, the planets, the moon, the sun, satellites and space exploration
In developing their independent learning, pupils were asked to not only complete a space project and finding out facts about space but also to then present their findings to other classes.
The projects were “Out of this world – literally,” said principal, Sean McLaughlin.
He added: “Mrs. O’Donnell’s class really used their creative, imaginative and organisational skills and developed a wide variety of projects that included everything from posters to 3D models.
“Some even had lights! They also learned so many facts about space and demonstrated this through their class presentations.’
Congratulating the children who took part, Mrs. O'Donnell said: “As a teacher I am so proud of the girls and boys and the hard work they put into their projects.”
She concluded: “Thanks also to the children’s parents for their support and encouragement when completing the projects.”