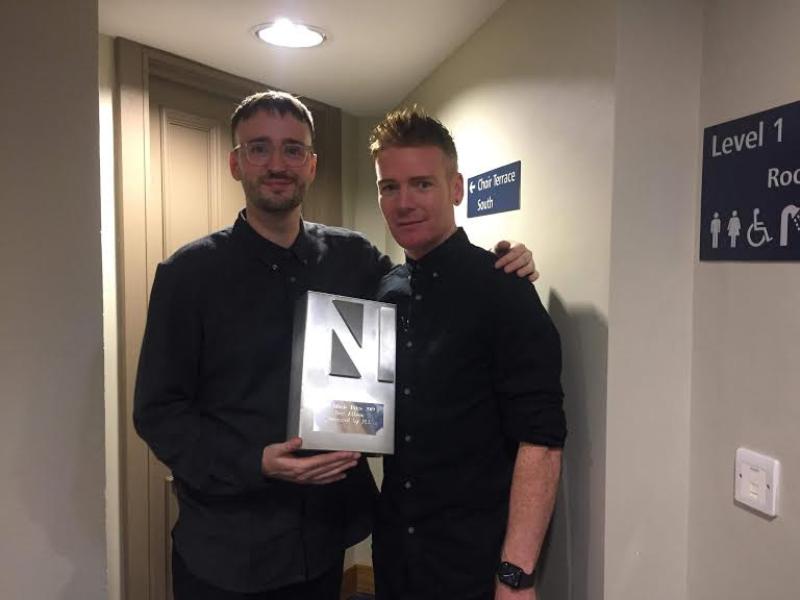 I discovered last year that my inkling from the year before that, that the Northern Ireland Music Prize Event is not only a bit like being trapped in a room with people you have nothing in common with pretending that you do, but it has very little to do with the records that are sold through the year or the gigs attended. But it’s nice that people get a night out and can publicly be seen to be supporting each other.
Last year The Wood Burning Savages completely red up with “Stability” taking the album of the year and the band themselves taking best live act. G’wan the Derry wans. This year Arvo arty with “II,” Beauty Sleep’s “Be Kind,” Blue Whale’s “Process,” Pat Dam Smyth’s “The Last King,”,Cormac Neeson’s “White Feather, ”Runabay’s “Between The Lines,” Sam Wicken’s “All I’ve Seen” and Two Door Cinema Club’s “False Alarm” represent Belfast, Down, Bangor, etc. Then Soak’s “Grim Town,” Ryan Vail and Elma Orkestra’s “Borders,” Conor Mason’s “On The Surface” and half of Saint Sister’s “Shape Of Silence” fly the flag for Derry in the race for the prize.
Singles are the calling card for bands these days, they’re what makes a band last in your memory and it makes the shortlist all the tighter. Amy Montgomery, Brand New Friend, Bui, Documenta,  Hand Models, Jealous Of The Birds, Joshua Burnside, Junk Drawer, Kitt Phillippa…twice inexplicably (she won last year for “Human” and no one bat an eyelid then either), New Pagans and Roe (who got last year’s Contender award from the fountain of knowledge, author, Philly Taggart) were all up for the single of the year award. 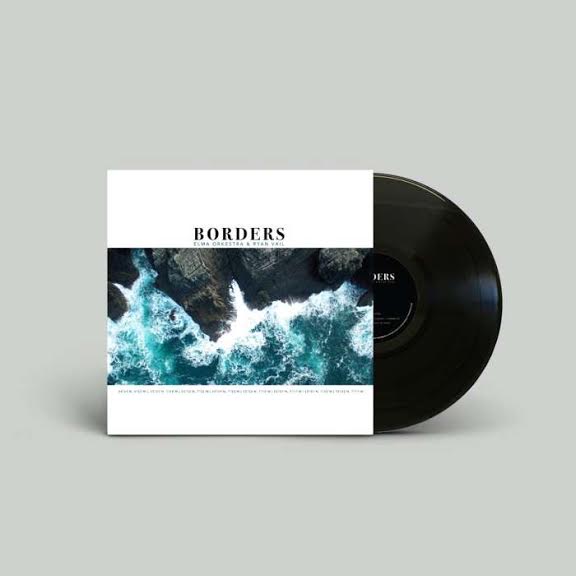 Borders - The album you should own.

The best live act was voted for by the public and should arguably the most interesting award of the night and was fought out between Jordan Adentunji, Joshua Burnside, New Pagans, Ryan Vail and Elma Orkestra and Sister Ghost.
The Oh Yeah Centre suggested you vote for Cherym again or Amy Montgomery, Joel Harkin, Jordan Adentunji, Problem Patterns and Strange New Places for the Oh Yeah Contender award. We should be supporting our own here and giving Cherym but like I said before, they already had their chance.
AND THE WINNERS WERE…. Snow Patrol got another legend award and Strange New Places, Jordan Adentunji, Saint Sister and Ryan Vail and Elma Orkestra played live on the night and my predictions from last week’s article were Ryan Vail and Elma Orkestra to get album of the year for Borders, New Pagans to get best single for Its Darker, best live act should be Elma Orkestra and Ryan Vail and Amy Montgomery for the Contender prize.
Steve Strange for Outstanding Contribution To Music, Cherym got the Oh Yeah Contender Award, Junk Drawer got Best Single, Sister Ghost got Best Live Act and Ryan Vail & Elma Orkestra got Best Album…. I’m saying absolutely nothing but coerced  Stephen McCauley  to say “I’m overjoyed for Ryan and Eoin. Not only is it an astonishingly beautiful and powerful record but it chimes with the tension and fear of the times we live in while still radiating a defiant sense of hope and love.”
Lyndon Stephens,  the dude from Quiet Arch (Ryan and Eoin’s label and Cherym’s managers, said “I’m delighted to see ‘Borders’ win the NI Music Prize as the two Derry men have been relentless in their pursuit of quality in every aspect of the project with a totally punk rock attitude of self-reliance. It’s great to see the success of the album in places such as Germany, France and Mexico and now to get this accolade at home. They have done themselves and Derry proud.” Never a truer word spoken.
In the hustle and the bustle, I left  Eoin O’Callaghan  to it, but al fry him up later,  Ryan Vail  did tell me “I don’t think we ever expected to win this award, especially up against the best musicians and acts in the country. To be awarded this title, at this level, has completely blown our minds. Huge thanks to everyone who has bought the album and attended our shows. This would not have happened without that support”.
Turns out I was two thirds wrong. We should all take a minute to thank whatever and whoever it is we pray to that the Oh Yeah Centre and the Thin Air exists, without whom those people that were too good and gifted for Derry would have nowhere to Shine. And it just goes to show….